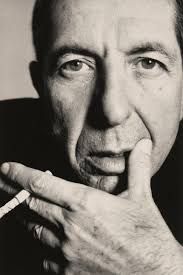 As one of the great writers of the 20th century, we could analyse Leonard Cohen songs all day (we peered into his uncanny ability to deeply link music and lyrics in "A Peak at Prosody", which takes a close look at "Hallelujah" as well as other songs that employ the technique).
Today, let's briefly examine Cohen's classic "Everybody Knows" - a song from Leonard's 1988 album "I'm Your Man".
The song barely charted at its release, but was almost immediately a hit for film makers. Cohen's version was used in the 1994 film, "Exotica", and it was covered for many more films - from 1990's "Pump It Up" (covered by Concrete Blonde) to 2017's "Justice League" (covered by Sigrid).
So, let's break down what's happening with the lyrics first, and then the music.
From a structural perspective, "Everybody Knows" relies on a form of excess repetition known as anaphora - its polar opposite, I suppose, is epistrophe, akin to the way rhyme and alliteration are opposites. This manner of repetition (a technique later employed by Alanis Morissette's Grammy nominated #1 hit "Thank U", for one example, or "I Walk the Line" by Johnny Cash, or even - albeit more subtly - "Every Breath You Take" by The Police").
Whether its Charles Dickens' "...it was the best of times, it was the worst of times, it was the age of wisdom, it was the age of foolishness..." or Maya Angelou's "You may shoot me with your words / You may cut me with your eyes / You may kill me with your hatefulness / But still, like air, I’ll rise....”, anaphora is a powerful technique.
In Cohen's hands: