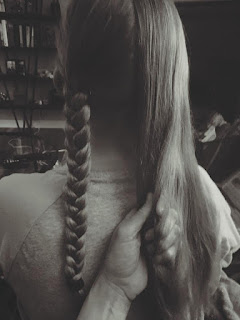 
What small smile starts in your heart when you hear your child’s name?
I’m sitting cross legged and running my fingers through hair that is as familiar as mine. DNA being redistributed through a small electric current that is solely yours and theirs. The smell of this smaller being is a hard earned fist clinched. That moment you held a blanket that was breathing and you took in the scent of them and you fell madly in love. How can a tiny angry boiled looking pink wiggling thing elicit love? Because this is a piece of your heart walking around on this earth outside of your chest. Independent footprints in mud. Dirty fingernails on chubby fingers. Drool on your shoulder that smells like milk and you both adore it and cry over it. And you will always smell like Goldfish crackers and spit. But this is what you should know, it changes. The clock in the hall moves faster than you. It speeds up and the nap turns into the walk to school turns into the sleepovers turns into the cat’s cradle turns into the can I drive turns into the mom I’m in love turns into the hold your grandbaby turns into I will care for you mom turns into don’t go yet turns into my baby is holding me.

Sweet little one who wants braids tonight, I’ll braid. I’ll hum. I’ll say the goodnight prayer. The one that asks Jesus to take your soul if you don’t wake. But I won’t mean it. I’ll ask Jesus to take me long before you, my growing up angel. Because I have one purpose on this Earth and it’s to be here until you are strong enough not to need me. And tonight you need braids. So this night is not it. The small smile starts at the corners of my mouth and rolls up and around your name.

Posted by Skinny Devil at 19:01 No comments: 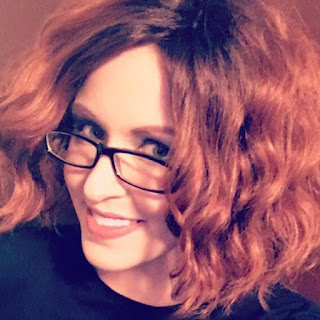 A few weeks ago, I started to develop heart palpitations accompanied with chest pains. My heart started to beat rapidly and with a force I could feel all over my entire body. It only happened while I was trying to sleep and would calm down while I was sitting or standing. It even began to wake me up at all hours of the night, causing me fitful tossing and turning. The waking up at all hours/not sleeping well is something that has been around since mid-August, but the heart issues were new.

Having been born with two heart murmurs, I decided it would probably be a good idea to see my doctor. Beforehand, I described my symptoms to one of my dearest friends (Dr. Burks, I've dubbed her) and she pinpointed the problem right away. She, and as my doctor would later tell me, said I needed to drink more water. My doctor attributed it to dehydration, particularly since the beating changes with positions, and that it's common with females. She suggested I wear a heart monitor for 24 hours and see if there was anything else going on. She also recommended, as she has many times before, to avoid any stress or upset because I, by default, am anxious and suffer from anxiety attacks.