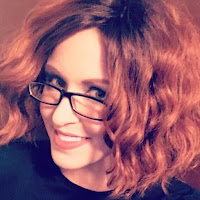 I said Friday that I was going to elaborate on partly why I had dubbed it “Simply Red Day” for me. It was not at all because I had become a redhead on that day two years earlier, but it was fun to find that out courtesy of Timehop. Of course it’s late but here goes.

--Bear in mind this is not really related to Simply Red, per se, although the bulk of it will use Mick Hucknall as a reference point. It’s more of what discussion(s) his music has prompted over the years but in the last few days in particular.--

If you know me or even if you just see my timeline you know that I breathe music and, as a result, have a handful of singers that I love above all others. Mick Hucknall is one of them (also something you learn quickly if you interact with me). I have been openly gushing about his voice, his lyrics, and his performances for many years. But I’ve also been equally open about how attractive I think he is. I save the borderline (and completely) inappropriate stuff for conversations not happening on my timeline but, without fitting some stereotypical “guy” manner of speaking, I think that he is absolutely delicious. Sexy, handsome, gorgeous, beautiful, nearly perfect. And I know that that makes many of you likely want to know what the hell is wrong with me. 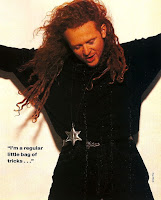 This discussion has been had many times in my life since my Simply Red “fandom” dates back to when I was about seven years old. No one ever questions my fawning over Michael Hutchence, Prince, Don Johnson, Lenny Kravitz. With Mick, the eyebrows go up.