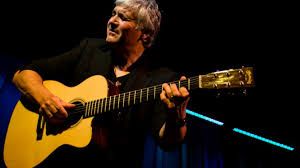 I first heard Laurence Juber when he performed Jimi Hendrix's "Little Wing" on Muriel Anderson's All Star Guitar Night (other guests at that performance include Peppino D'Agostino, Alex DeGrassi, Ed Gerhard, Phil Keaggy, Preston Reed, and more). Needless to say, I was blown away! I had to find out more about this amazing guitarist!

Turns out Laurence, who started playing before his teens, earned a music degree at London's Goldsmith College and immediately become a session guitarist, playing on countless projects, including the music for the James Bond film "The Spy Who Loved Me".

In 1978, he joined Paul McCartney's band Wings, recorded on their "Back to the Egg" album, and hit the road for their UK tour. He picked up a Grammy Award when Wings took the Best Instrumental Rock for "Rockestra Theme" (he speaks about his time with Paul below).

After Wings, he moved to the US and his sessions include pop albums to TV shows to films, from "Dirty Dancing" to "Happy Days", and in 2005 picked up his second Grammy Award for his instrumental guitar version of "The Pink Panther" theme.

26 solo albums, instructional videos, a signature guitar from Martin, a book, and countless concerts later, Laurence Juber is still going strong. 2017 saw another album of Beatles classics and this year he re-released his 1979 album "Standard Time", and he's hitting the concert stage again. 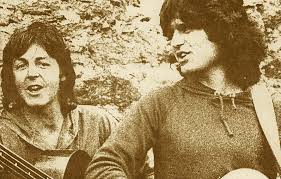 I had a chance to speak with Mr. Juber recently. Check it out!