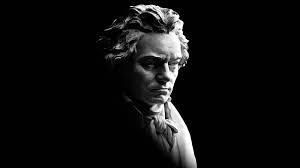 This lesson was written roughly 2005 and published at MoneyChords. Enjoy!

Email ThisBlogThis!Share to TwitterShare to FacebookShare to Pinterest
Labels: Lessons

(ed note: this is the third of three lessons in the series)

Sounds can come from your hands, your guitar, your amp or strings or FX boxes or alien devices. All of these are legitimate, of course, but today we are going to focus on something a little different. Today, work on mimicking what would traditionally be thought of as non-musical sounds.

Imitate the sound of...

Posted by Skinny Devil at 15:29 No comments:

(ed note: this is second of three lessons in the series)

One With the Music

Here is a very short lesson with which my students have had remarkable success.

Sing what you play.

Now for the hard part: Record an unusual chord progression over an odd time - something you are just not at all used to doing or hearing. Don't play, just hear melodic options in your head. Then go through it again, this time playing (and singing) your improvised (perhaps "discovered": is a better word?) melody. Now stop singing, but continue to play (but hear your voice in your head) and try to freely improvise over your odd tune. After you do this for a few minutes, add your voice back in and see what happens to your playing. It may be wise to capture all of this with your recorder. You might even want to up-load the music onto a music site (or your own web-site) and invite all of us to listen.

Posted by Skinny Devil at 15:27 No comments:

(ed note: this piece is one of three re-prints of lessons by David McLean written for Zen Guitar in the early 2000s - the other two are also available here at Skinny Devil Magazine)
Come What May

A funny thing happened on the way.....

So there you are - you've studied all your scales and memorized two thousand chords and digested theoretical texts and practiced your arpeggios and done 2-hand exercises until your fingers bled; you've mastered compositional techniques and studied masters from Bach to Yngwie; you've logged countless hours of recording time and played clubs & coffee houses...yet you still feel something is missing.

This is something I now recognize as a common problem, after teaching and recording and performing for years. Students and peers alike have told me that they can't seem to find their own style, their own voice with the guitar. Here's some of what I've told them over the years.

1) Slow down. You've worked hard to develop all that dazzling technique, but playing notes faster than an Uzi discharges rounds isn't the only way to play. Today, don't play any scales or arpeggios - just work on playing slowly. Techniques to focus on? Bends and vibrato. These are the core of much expression, so use them like a fantastic singer uses their voice.

2) Stop talking. I once told a group of students that to find their voice on guitar, they have to make it their primary mode of expression for at least a few days. That job is usually handled by your voice when you speak to friends, parents, kids, bosses, teachers, and the like. So I actually wrote several of them a note to take to school (these were all high-school aged kids) and the principle & teachers honored it - they let them go a whole week without speaking.

2.5) Start talking. Not talking isn't enough, though. Now you have to replace your human voice with your guitar. Don't ask how, just do it. That's right, try to carry on a conversation with people by using your guitar instead of your mouth. It's a very enlightening experience, even if you only do it for a few hours at a time.

3) Try something new. Yeah, sounds silly, I know. But how often do you pick up the guitar and play the same lick or scale or chord sequence? Today, try something completely different. If you're a rock-n-roller, try playing a pop/jazz standard; if your a jazz player, try to sound like a country guitarist; if you're a classical player, try a walking bass line mimicking the timbre, not just the notes.

4) Listen to something you HATE. If there is any music you absolutely despise, go buy it and listen to it NOW. Or better yet, turn on the radio and listen to a collection of it. Find something in it that you can appreciate, then listen some more. Try to listen to it for hours today...or even all week. I once assigned this to a percussion class and they came back in with sudden respect for rap and country musics a week later, and played & explained what they found.

That should be enough to keep you busy for a month. I hope you find value in at least one of these exercises. If so, then make a ritual of returning to it this time next year.


"What you are is what you have been; what you will become is what you do now." - Gautama (the Buddha)
Posted by Skinny Devil at 15:24 No comments: