I first became aware of Al Di Meola as a teen. I'd spent hours trying to learn riffs from '70s rockers, and thought I'd heard everything the guitar could do. And then, a late December evening, I turned on the TV, scrolled through our 3 channels, found nothing, and switched to the local PBS station before giving up....only to see 3 men holding guitars on stage. What I witnessed (the concert that would become "Friday Night in San Fransisco" - see video below) was earth-shattering and mind-blowing and took me a long time to get my head around. I'd never seen anyone do what they did. Never heard anyone make those glorious sounds. The influence changed my life.

Al Di Meola has been having this effect on listeners for decades.

From his early Grammy winning work with Return to Forever (alongside legends Chick Corea, Stanley Clarke, and Lenny White) to his electric-based solo albums, to his explosion into acoustic music, to his collaborations with everyone from flamenco god Paco DeLucia to classical legend Liona Boyd, to "jazz princess" Aziza Mustafa Zadeh to progressive rock keyboard master Derek Sherinian to his "Rite of Strings" with bassist Stanley Clarke and fusion violinist Jean Luc Ponty to so many more, Di Meola has been a trail-blazing musician and guitarist for 40 years. 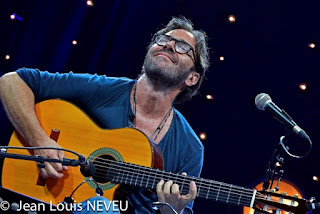 Al's technique is other-worldly, his expression soul-searing, his compositions kaleidoscopically wondrous, and his rhythmic mastery the stuff of legend.

I had a chance to speak with Mr. Di Meola recently. Check it out!