(note: basic song charts for a few select songs can be found at the end of this article)

Ahhhhh....the infamous "27 Club"! Also known as "Curse of 27" (with related concepts such as "The White Lighter Myth" and, in the classical world, the "Curse of the 9th"). 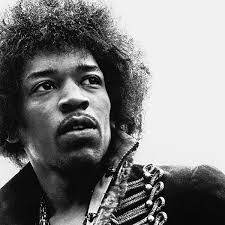 It should be noted that, whatever you've heard about rock stars dying more at this age than any other, the concept is patently false. But never let facts get in the way of a good story - hahaha! It should also be noted that, while the original use of the term was limited to musicians, it has for quite some time been a catch for any famous person (usually musicians, actors, artists, & athletes) who dies at the age of 27.
Read more »
Posted by Skinny Devil at 15:27 No comments: