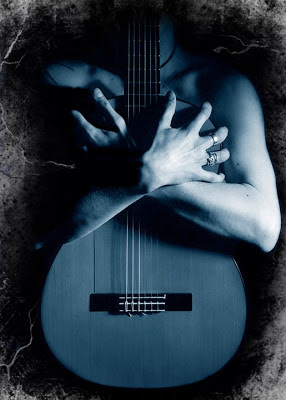 "Every child is an artist... the problem is how to remain an artist when he grows up." (Pablo Picasso).

There is a man called P.O.M., and he must of been quite a child.......he is also among the most articulate, outlandish, & wondrous guitarists to spring onto the scene in a long time. Check this guy out - I guarantee you will be amazed.

Though the general public has yet to hear of him, he is already gathering the most lavish praise from critics. "...P O M thrashes his guitar into submission with more style, flair, and musical taste than is strictly fair for one person to possess...." (Guitarist Magazine); "...The inventiveness with which he played his Flamenco guitar using a double-handed technique more associated with electric guitarist Eddie Van Halen captivated an audience receiving him with vociferous appreciation..." (Classical Guitar Magazine); "..Sure us electric leadsters like to think we're hot but what this fleet fingered London lad can do on a nylon strung acoustic guitar...Sheesh getouddahea!!!" (Guitar Magazine).

Starting out in London as a bluegrass flatpicker, P.O.M. switched to nylon string Flamenco after hearing Paco deLucia, John MacLaughlin, & Al DiMeola play together on the album "Friday Night in San Francisco", which features brisk rhythms, complex harmony, lightning fast runs...all performed on classical flamenco guitars. He has traveled across Europe and Australia learning and perfecting his craft, and has now put it all together for his debut solo collection. Said collection, which was composed & performed for the full-length feature film "Lost Contact", is available independently via the "Lost Contact" web-site....until someone from the majors takes notice, anyway! This guy is destined for big things.

Learn more about the film HERE, and learn more about P.O.M. HERE, which features a live performance video of P.O.M. If you're interested in the "tapping" or "touchstyle" guitar techniques, a great resource is Tappistry.Org, an educational site focusing specifically on touchstyle techniques. You can also check out "New Acoustic Concepts" (parts 1 & 2), which features lots of musical examples, plus brief interviews with both P.O.M. and steel-string wizard (and "Guitar God' interviewee) Justin King.

I had a chance to speak to P.O.M. recently - check it out! 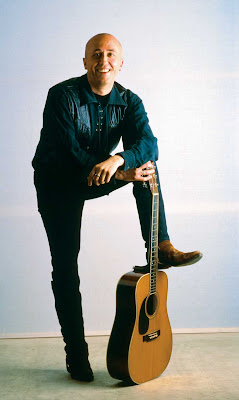 Date: Friday, March 18 2005 @ 15:10:57 GMT
Among the wizards of the acoustic fingerstyle movement is a man name Paolo Giordano - a guitarist of exceptional talents as player, composer, & instructor. His willingness to share his knowledge of arcane techniques is beyond cool; to fuse his talents with collaborations with other fabulous artists inspiring.

He has worked with bass legend Michael Manring, vocalist Pattie Cathcart (of Tuck & Patti fame), and others; performed at Muriel Anderson's "All Star Guitar Night" in 2001; received rave reviews for both his solo releases as well as all 4 of his other audio releases; shared the stage with such luminaries (and "Guitar Gods" interviewees) Preston Reed and Tommy Emmanuel; has appeared on the concert stage as well as television & radio; and much more.

I had a chance to speak to Paolo recently (whose English is not quite as good as his Italian, but much better than my Italian!) - check it out!


(editor's note: Unfortunately, Mikhal passed away from a heart attack September 7 of 2011). 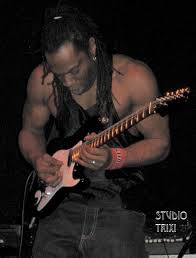 Mikhal Cadwell. Say it with me, now: Mikhal Caldwell. If you haven't heard this name...well, you've heard it now, and after hearing his music, you'll never forget it.

Caldwell is among the most impressive fusion guitarists I've ever heard, with encyclopedic knowledge of music theory, composition, & history (traditional & esoteric); command of multiple styles; and technique so amazing that it's difficult to believe he's from planet Earth! His music is at once funky & visceral & downright bestial yet intelligent & discerning & witty. Not in a "he has a good balance between..." sort of way, but in a "extremely cerebral AND extremely passionate..." sort of way. Whether it's his solo works or his Chop Shop Project or ensemble projects, Mikhal's music - the composition and execution - is gutsy, brilliant, and inspired.


Jamaican-born, Detroit-raised Mikhal Caldwell has an impressive history, too. From garage bands in the early days to a stint at Berkelee College of Music, graduating from Renguard Conservatory and playing guest spots on several major label releases (from jazz to heavy metal), hosted the award-winning top-rated TV show "Fretboard Frolics" (whose special guests list is a veritable who's who of the world's top guitarists...including Al DiMeola and "Guitar Gods" interviewee Greg Howe), released several solo & duo CDs, and instructional DVD, and a concert video. He has recently been touring as both a performer and instructor, doing clinics for Morley, Jagmin Pick-ups, Thomastik-Infeld strings, and others, and has a new CD hitting the market: "Para Vision" (which features the wicked instrumental track, "X-Man").


Mikhal, who attended Berkelee from 1978-1981 and holds a masters in music, was first inspired to play guitar when he heard the song "Secret Agent Man" as a kid. In his words, "...a week or so later I heard Hendrix and that was it!". In addition to the CDs & video releases, Caldwell has penned the book, "Language of the Kind" which covers some heavy topics. 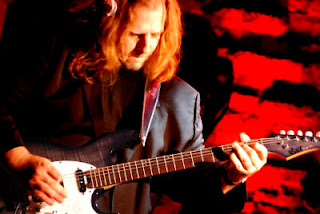 
Chicago area guitarist Eric Mantel is not a household name, but he should be. Combining incredible technical prowess with stylistic flexibility, encyclopedic knowledge of composition & theory, and shear gusto, Eric has forged out a career of making incredible music.

While radio & television have yet to discover his amazing talent, the makers of top-flight gear have not. Eric's list of endorsement deals reads like a list of the best the industry has to offer: Toad Works, Kangaroo, Digitech, Rocktron, GHS, Sabine, Furman, Roger Mayer, Taylor Guitars, Sperzel, Boomerang, Dunlop, Ebow, and many more.

In addition, he has conducted clinics in conjunction with Sabine, Guitar Center, Dunlop, GHS, Sam Ash, Guitar World Magazine, Peavy, and others, and runs a very successful private teaching business, opening the doors of music to hundreds of guitar students.

You can read a review of Eric's latest CD HERE, and you can visit Eric on-line HERE.
I had a chance to speak with Eric recently - check it out!