I was recently reminded of this fabulous song, and thought the oddity of the chordal approach coupled with several captivating lyrical phrases made it a decent candidate for this songwriting series.
Then I looked into the background and realized it would be a perfect song for reasons that will become clear in just a few moments.
Debbie Harry and Chris Stein (vocalist & guitarist of Blondie) wrote the song in 1975, and after several iterations, settled on a version for release on their 3rd album "Parallel Lines" (1978). The Song was the third single from the album (released January of 1979) and rocketed up the charts in in 15 countries, topping the charts in seven (including the US). Rolling Stone later named it number 255 on their "500 Greatest Songs of All Time" list and it was inducted into the Grammy Hall of Fame in 2015.
The album propelled them to super stardom - this and the following 2 albums went platinum and spawned a series of hit singles (with "Heart of Glass" being their first number one hit in the US), and they went on to sell over 40 million albums, were nominated for & won multiple music awards (Grammys, Junos, Qs, etc), and inducted into the Rock-n-Roll Hall of Fame in 2006.
The song has seen multiple charting covers (from The Associates in 1988 to Miley Cyrus in 2020) and has been a major influence on many musicians since.
Let's dive in on the song's background, various iterations, chord progression, and lyrics!
The first point of high interest is the stylistic variations through which the song evolved. This is a Big Hint for all writers and arrangers! The initial demo for "Heart of Glass" was, according to Debbie, "slower and funkier". They then re-recorded the song several times, re-working it first as a slow ballad and next as an upbeat reggae tune. They finally tried it as a more pop oriented "disco" track - the version that was ultimately released. 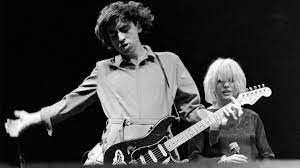 Your obvious assignment here is to re-work some of your own songs (whether songs you've written or songs you cover) as slow ballads, reggae songs, and the like.
This approach reminds me of one of the stories guitarist Steve Vai tells about working with Frank Zappa: In short, Frank has Steve (on the fly) re-work guitar lines from rock to reggae to funk and more, all while switching time signatures. Just imagine trying to re-work a song from a country waltz to a straight rock groove in 4 to a lilting 6/8 pop song....then actually do it with something of yours!
Now let's look at the lyrics. Just a few lines to see how Debbie paints a picture.
"Once I found love, and it was a gas
Then I found out, I had a heart of glass...."
and
"Once I found love, and it was divine
Soon found out I was losing my mind..."
The term "heart of glass" is far more original than the simple and overused "broken heart" and its variants. And when was the last time any of us even used the word "divine"?
Debbie has a way with quick phrases, like "adorable illusion" and "love's true bluish light". Those quick lyrical stabs are like napalm, exploding into the listener's ear. Its almost as if she writes the basic lines, and then finds key points (and always very small clusters of words) to replace the most banal and vapid with the maximum novelty and immediacy. Definitely a lesson we can all walk away with.
In addition, Chris displays an odd sense of harmony with the chords. Let's take a look.
"Heart of Glass" Blondie (1979) / Miley Cyrus (2022) 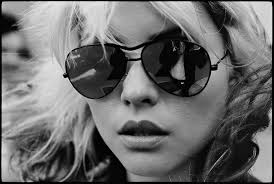