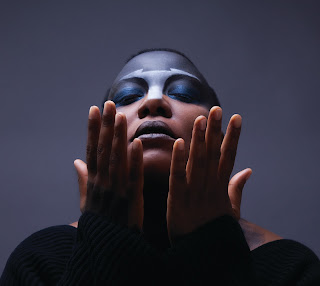 Its 1993, and my brother Joshua says "You gotta hear Meshell Ndegeocello." Who? "Just do it."

I buy her debut album, "Plantation Lullabies", and.....all bets are off. From "I'm Diggin' You (Like an Old Soul Record)" to "Dred Loc" to "Call Me" to "If That's Your Boyfriend (He Wasn't Last Night)", I was hooked. Buttery smooth and funky with stellar delivery...I had to hear more.

From more solo albums (12 in all, counting her soon-to-be-released album "Ventriloquism")to collaborations with everyone from John Mellencamp to Herbie Hancock, Madonna to Chaka Khan, Alanis Morissette to the Rolling Stones. And movie soundtracks like "How Stella Got Her Groove Back" and "Batman and Robin". And television and guest album appearances and world tours and various accolades (she has been credited with starting the neo soul movement, for example, and her albums ranking on many "best of..." lists) and music clinics and Grammy nominations and more still.

Bassist, songwriter, singer, rapper, and so much more...all at the highest levels. Artists like her just don't appear every day.

Visit Meshell at her website and catch her on tour.

I had a chance to chat with her recently - check it out!