Sonic Sorcery: The Dark Arts of "Every Breath You Take" 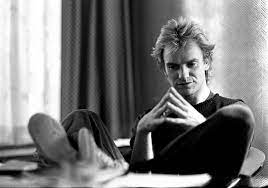 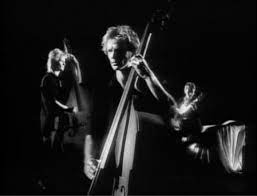 So let's dive in:
Lyrics
Lyrically, it sounds like a love song, and Sting uses a familiar chord progression (more on that below) to lull us into a sense of comfort & nostalgia. But don't be fooled: Its written through the eyes of a stalker (which, if you didn't know, makes the love song feel even more sinister).
"Every breath you take, every move you make, I'll be watching you...."
Chords
Sting and Andy Summers (guitarist for The Police) are fond of what are called add9 chords, and have used them extensively in multiple songs. An examination of The Police Chord (as well as other signature chords, like the Hendirx Chord, the Spy Chord, the Prince Chord, etc) can be found in my lesson article Signature Chords.
Chord Progression
Sting intentionally borrowed what I'll refer to as the "Stand By Me" progression (essentially the Doowop Progression as actualized in many songs, most famously Ben E. King's "Stand By Me"). Why? Because its extremely familiar. Most writers go to it for a solid foundation so that their attention can focus on lyrics & melody, but not Sting. He goes to it because he knows its comfortable for the listener, so he can use it to give you a false sense of the lyrical meaning, but also (musically speaking) so he can spring board AWAY from it for even greater effect.
Note the first 2 chords of the verse section: D (the 4 chord) then moves to a simple D7. But the D7 is not in the key of A (it should be a Dmj7). This is where, musically, the edge of sinister enters, giving us a hint that this is not a love song at all.
Its then followed by a 2-5-1 idea (common in jazz) that we see with the B7, E, and return to A. Note the B7 is also not in the key of A (should be a Bm7), but the use of the B7 gives a stringer "push" to the E chord and opens up some additional harmonic & psychological possibilities.
Then we get to the bridge....
Key Change
We've discussed modulations in the past in this series, and most agree that the most common changes in popular music are either intervals such as a perfect 5th (in this case, from A to E) or perfect 4th (in this case, from A to D), or a simple whole step up (in this case it would be A to B). Most would also include moving to the relative minor (or relative major), but this is really just a shift in tonal center. Be that as it may, we can include that move in our list.
Not so Sting. He has other plans for us.
Sting moves from the key of A to the key of C (3 half steps). Anyone can do such a shift, but it seems awfully random. But in Sting's hands, it is anything but.
Note when he is in the key of C for the bridge, he only plays 2 chords: F and G (never resolving to the C, he instead returns to the key of A to finish the song).
Note also the notes of C (C D E F G A B) and the notes in A (A B C# D E F# G#) have only a few common tones - but Sting needs only one: the A.
A is the last note he sings before the modulation AND its the first note he sings when the change happens. That is, the A is a picot note around which the entire song moves (not the only time he's utilized this trick). How does he accomplish that feat? Because the A chord is made of the notes A-C#-E and the F chord is made of the notes F-A-C, so he simply sings the common chord tone A.
He does the same move in reverse as he leaves the bridge (final chord is F) and returns to the key of A (first chord is A).
Non-trivial aside: That F to G to A is a shining example of a Picardy Third.
At any rate, this idea of shifting the entire soundscape around a single note (I refer to this often as what Pirsig called a Copernican Shift, though many conceive of this move as shifting across parallel keys - in this case it would be thought of as A major to A minor with the extra minor to relative major shirt - is that confusing enough?) is an amazing device when used properly.
Ponder these ideas....and see how you can use them in your compositions.
-----
As always, if you find these lesson articles (or any of my work) valuable, please feel free to donate one time or support monthly: