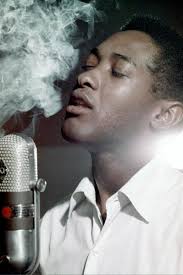 (editorial note: Inspiration to write this article came from the sad fact that so few of the younger budding musicians I come across seem to know of Same Cooke, and so this is my small step to rectifying that condition, as I will be referring them to this article henceforth.)

DURING HIS LIFETIME - 29 Top 40 singles on the Billboard Hot 100 (and on the R&B charts, 4 of those landed at #1 and 20 of those were top 10); inventor of a musical style that opened the door for the rise of artist like Aretha Franklin to Al Green, Curtis Mayfield to Stevie Wonder; helped popularize James Brown and Otis Redding; composed his own songs in a pop music world typically separating writers from performers, and demonstrated a business savvy that rivaled the established label owners & management companies (he started his own label in 1961, a move unheard of for an artist at the time)....and all this in an all-too-brief 8 year career.