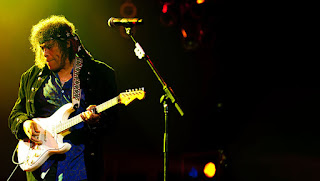 The year was 1983, the channel is MTV, and the camera pans right to left....bass player, drummer, and then settles on the guitarist for a moment as the caption appears in the lower left of the screen: Jon Butcher Axis, "Life Takes a Life". I pause, because the song moves from quasi-Terminator tech rock to open, airy chords over a steady underlying bass/drum pulse. Then the vocal comes in, which is unique, but at the moment I'm only hearing the subtle and very interesting guitar work - fills and textures and tonal coloring. The song moves through interesting stages, a post-chorus shift, a deep blues-based but contemporary guitar solo, and then fades out...and I'm mesmerized.

Worthy of note: 1983 is the year of SRV's "Texas Flood" and Billy Idol's "Rebel Yell" in addition to the debut of Jon Butcher Axis, so when Butcher was in the studio, there were no mainstream precedents for his bluesy guitar approach or fearless guitar tone explorations. But when the album hit the streets, Jon was on a short list of new players alongside Stevie Ray and Steve Stevens and Brian Setzer who dared NOT to cop Van Halen licks and party rock compositions on the rock music landscape.

That fearless approach ultimately led to 7 Top 40 singles across his first 5 studio albums, world tours with acts like J. Geils Band, Scorpians, Def Leppard, Rush, INXS, and more, national TV appearances, and a 1986 Grammy nomination for "Best Rock Instrumental" in the song "The Ritual" (alongside songs by Yngwie Malmsteen, the aforementioned Stevie Ray Vaughan, & Jeff Beck).
Jon's songwriting moves from straight rockers like "I Might as Well Be Free" to ballads like "Wishes" to tracks that inject more exotic influences like "Holy War", all featuring his beautiful and amazing guitar skills.

The Capitol Records deal ended with his 5th album, "Pictures From the Front", but Jon kept moving. with four more albums released in the 1990s, and four more from 2001 to 2018, and one more just released (2021). In that time, he also built a studio and started a production company, and has composed music for TV, video games, and film, his work being featured in shows such as The Unit (CBS), My Name is Earl (NBC), Star Trek THG (UPN), and more! 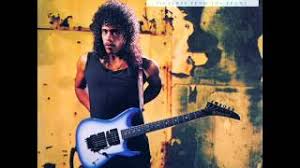 I had a chance to speak with Jon Butcher recently - check it out!


2) How does this (do these) differ from your past work?
I began both projects at the beginning of the COVID-enforced-going-mental-vacation. That event is and will continue to be pivotal for a lot of guys like me. A life altering cataclysm tends to do that, change the way you once rolled to a different kind of roll. Special Day is the best record I’ve made since I started making records. That it happened during COVID can’t be overlooked. I didn’t know I was making a record at the time. I was just taking any opportunity I could to record, to do something with that energy. Oh and a new vegetable garden, that too was life altering. My wife said, "That’s it, we’re growing a vegetable garden, now get out there and dig!"


4) Can you give our readers a run-down of your basic gear (live and/or studio), and do you have a favorite piece of gear?
For amps I’m using a Marshall 100wt Plexi made in the 70’s, for smaller shows a tweed Fender Blues Jr which has been highly modified. For live electric playing I almost always go to one or another of my 1960 Fender Stratocasters. For studio playing I add an old Fender Telecaster to the lineup. I use Martin D-28 acoustics almost exclusively except for a 90’s era Taylor 12-string which I love and has a big giant voice.


5) Who would you cite as early influences, and who are your favorite new players? 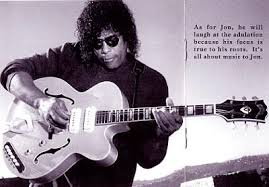 I learned everything I know about playing guitar from Jimi, Beck. I recorded a song some years ago called, At The Feet of The Master, I think Its on the Electric Factory album. It’s an instrumental and an homage to both of those epic guys. That being said, ‘influenced' isn’t the same as copying. I believe I’ve kind of found my own lane musically speaking. There are definitely Hendrix influences which have run through some of my songs. How could there not be given the gigantic shadow that Hendrix cast. But every living guitarist was influenced by the guy(s) who came before. Jeff Beck would tell you the same thing, we all stand upon the shoulders of someone.


7) You are well-known among guitar players for your excellent technique. But you are equally well-known for your musicality and the highest level of emotional depth in your playing. How do you balance those factors in performance and practice?
I’m not sure I consciously do balance them. Performing for me is an unconscious act, a reflex developed over years of doing it. I’m totally committed to my art so achieving balance is natural. Songwriting is storytelling but with a music score. I’m committed to storytelling as an occupation and lifestyle. And trying to get better at it all the time.

8) Your compositional approach has never been limited to the standard 4 chord thing. From the middle eastern influence of "Holy War" to the gorgeous chordal approach to "Wishes" to the super bluesy "Cactus Flower", you seem to be on a short list of musicians able to bring in radically diverse influences while still sounding uniquely like you. Can you comment a little on your approach to writing?
Thank you for the lovely compliment. That’s all I’ve ever wanted, to find my own true voice and create a thing that’s mine. Both as a guitarist and as songwriter. I’m still learning, still growing. Jimi Hendrix, during his short career only made three albums ( the album Cry Of Love was posthumous). But those three albums were groundbreaking, life-altering for a kid like me. I think that’s what all of us want as artists. We’re looking to crystalize and share our vision. There’s some validation in that. I want to be validated as a human being walking the Earth. It’s what motivates me to this day. 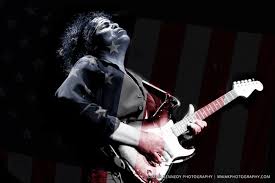 I’m honored to have lived in all of those experiences and blessed to have worked with some truly gifted people. I worked with what I consider to be a living legend, Lee Sklar. I learned a lot from him. I’m especially grateful for my first band experience, Johanna Wild. That band was graduate school, a platform which allowed us all to learn and grow. I didn’t realize it at the time but I do now. Johanna Wild had a huge regional following, allowing us to play theaters, stadiums, everywhere. And we were family. A dysfunctional family at times - haha! - but a family nonetheless. Socially, I love touring with a band. It’s a traveling carnival with jugglers and clowns and a big top. Buddies become brothers.
Today I think I prefer the flexibility of solo performing and recording. I’ve re-invented myself several times over the span of my career, it’s hard to bring a band through that intact. Guys have families, mortgages, responsibilities that make sustaining a band hard if not impossible - unless you’re the Rolling Stones, Aerosmith, U2 or other top tier entertainment icon. The Stones aren’t a band, they’re a corporate institution! Ask Mick, he’ll tell you!


10) An impressive body of work, a Grammy nomination, world tours, gold albums and hit singles & videos....what do you feel is the Jon Butcher legacy?
It’s not for me to say. I’m not in the position to say what my ‘legacy’ may or may not be. That’ll be for others to determine, and chances are I won’t be around to influence the vote - haha! I’ve done everything I could to make a life worth living. Even though all of the mistakes, the mis-steps and failures I hope I’ll have measured up as a human being.


11) What are your future plans?
To stay healthy while I promote Special Day and travel for the first time in over a year. During the height of the pandemic we pretty much holed up at home, the exception being the recording studio. But we didn’t go anywhere, see anyone nor socialize at all so I’m a little out of practice - haha! I’m working a brand new promotion team right now and a new agent whom I’m very excited to work with. For the last couple of years my live appearances were pretty much confined to New England with little outreach to the rest of the country. That’s all changing for 2021-22. Special Day is being embraced by reviewers and fans alike so it’s time for me to get out there like I wanted to in 2020 before COVID ruined everyone’s plans. We plan on visiting all 50 states and Europe too when it’s finally safe to do so. I’ll initially be doing mostly solo performances and a handful of full band dates too. It literally is a brave new world out there!