Bob Dylan is a man of many talents and, musically, of many lives.
With a career spanning 60-odd years, with classic songs coming from almost every decade, collaborations with other music legends, 125+ million records sold (with 32 of his 80+ album netting gold or platinum status in the US), Academy Award and Golden Globe alongside his 10 Grammy Awards & countless Grammy nominations (as well as both a Pulitzer Prize and a Nobel Prize for Literature, & other accolades), and much more, Bob Dylan's name & work is written, as it were, into the very stone of modern western culture.
In 1997 he wrote and recorded a song called "Make You Feel My Love" that has since been covered by over 400 artists, with charting versions from Billy Joel (who performed the first commercial release, peaking at #9), Garth Brooks (peaking at #8), and most recently by Adele in 2008 (charting in 10 countries and peaking at #1). 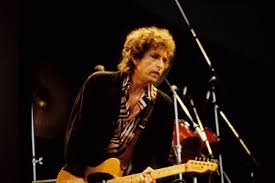 
As always, if you find these lesson articles (or any of my work) valuable, please feel free to donate one time or support monthly:

One-shot support: https://www.paypal.me/skinnydevilmusic​ or www.venmo.com/David-McLean-47 (Pay What You Will)
Posted by Skinny Devil at 18:49