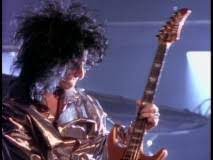 In honor of the new "Top Gun: Maverick" movie, I'd like to re-wind the clock to 1986 and the original "Top Gun" movie, featuring a gorgeous theme song, the "Top Gun Anthem", written by Harold Faltermeyer and Steve Stevens. 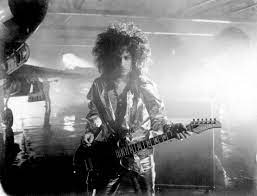 However, when the guitar solo comes up, Steve uses the Bb to push into several areas (including the C mixolydian) that we can discuss later when examining improvisation.
A quick word about the modulation between the sections of the verse:
The key of C and the key of F# are a tritone away from each other. That is, F# is exactly halfway between C and the C an octave up (or down). That's an extremely unusual key change, but its fabulously smooth in Harold & Steve's capable hands. Note also the progressions used in each section are NOT exact duplicates...though they certainly could have been. These slight alterations keep the progression behind the beautiful melody fresh and exciting.
That's all for now....we'll look at more songs soon.


As always, if you find these lesson articles (or any of my work) valuable, please feel free to donate one time or support monthly: