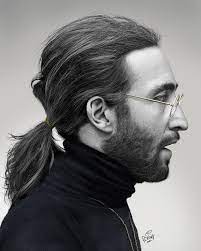 This fabulous song was released in 1970 by John Lennon and is often cited as one of the fastest released songs in pop music history, as the it was written, recorded, and released in a mere 10 days. John Lennon wrote the lyrics & music, and it was produced by Phil Spector, with Beatles bandmate George Harrison on guitar as well as a cast of all star musicians.

The song was an instant hit, peaking at #3 on Billboard in the US, and becoming the first post-Beatles million seller by any of the band members.

Let's dive in with the chart:

Sooo...what's happening here? That seems like a lot of random chords, but really its a very simple progression that just moves to different keys.
The opening two lines of the verse is A to F#m, which is a simple major to relative minor switch.
The third line is D to Bm, while the fourth starts with C to Am...both of which are the exact same progression as A to F#m (which is in the key of A, while D to Bm is the key of D, and C to Am is the key of C). 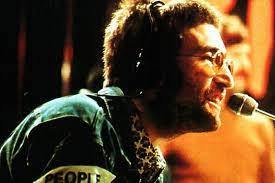 So its really a 2 chord vamp played in 3 different keys. The F to G to A in the second line is just a transition, as is the last section o fboth verse & chorus (the D to E7 change).
The chorus builds on the same idea, but instead of a straight G to Em, it adds a Bm for half the measure to make a G - Bm /Em - - - (the same vamp again, but in the key of G).

So what we see here is Lennon building an entire song on what amounts to a 2 chord idea moved across 4 keys, with a couple of transitions for spice.
Ponder that idea.....and then take a look at anything you've written with, for example, G - Em - C - D. How can you spice things up using this gift John Lennon has handed us?