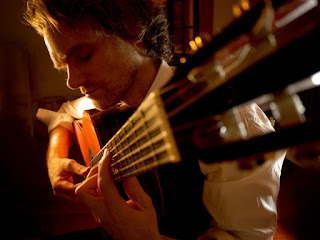 I first heard Jesse Cook years ago on some Narada sampler CD. Jesse Cook was among the players, and a real standout for me. I ran out and looked him up and have been a fan of his music ever since.

A dozen solo albums (and a new one on the way), twice as many guest appearances & compilations, 4 DVDs, multiple gold & platinum certifications, world tours, 8 Juno Award nominations (with one win, for Best Instrumental Album for his record "Free Fall"), and more, and Jesse hasn't slowed one bit.

You may have heard his music on various TV shows (like "Sex and the City") or at the Olympics (figure skater Irina Slutskaya of Russia won a bronze medal skating to Jesse's "Mario Takes a Walk" at the 2006 Winter Olympics) or on late night (performing with Charlotte Church on the Tonight Show). Or you might, though Cook is usually the headliner, have seen him opening for legends like Diane Krall or B.B. King or Ray Charles.

And that is just the tip of the iceberg.

Cook's early years included studying at both the Eli Kassner Guitar Academy and, later, the Royal Conservatory of Music, York University, and Berklee College of Music. By 1994, Narada Records picked him up and re-released his debut album "Tempest", which ran up to #14 on the charts, and Jesse Cook was on his way. His next album, "Gravity" went gold and he received his first Juno Award nomination. 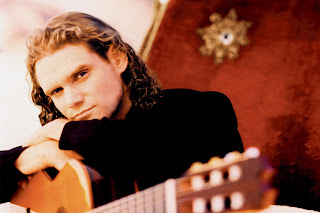 He's been making beautiful & fascinating music ever since.

You can learn more Jesse Cook at his web-site (which features bio, photos, audio, video, tour dates, and more).

I had a chance to chat with Jesse recently - check it out!

First of all, thanks for having me.

I’m currently finishing up my next album. It should be due out in August. I’m in the studio today actually, finishing my mixes.

It’s better. Just kidding…I never know how to answer that. Each album is an exploration of music. This one reflects one my life has been like these last few years. there are some sad songs, that I wrote during tough times. And there are some crazy world music dance mashups, which I wrote when the tough times were over. I guess that's life.

It’s funny, but I don’t think much about my guitar playing. Most of my effort goes into writing, arranging, and producing the sound that people hear on my records and in my concerts. The guitar playing is the easiest part of my job, and it’s only a small part of the sonic palette I’m working with.

In the studio, I use a Prism Orpheus as my digital interface. Its got a nice analogue feel. I play mostly my Conde Hermanos negra guitar, which I bought in Madrid back in 1998. I have a small collection of vintage Neumann microphones. They seem to have a bigger sound then the new mics, so I tend to use those. 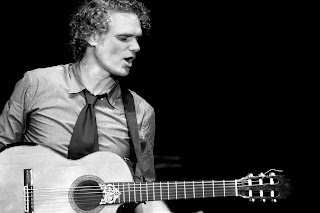 Live, I play a Vasquez Rubio rubio which I have outfitting with a crazy amount of electronics. I run it all through my laptop which I keep on stage with me. It gives me way more control then I would be able to get using pedals. But its pretty finicky. I’ve had it crash during concerts more times than I care to remember. Each crash was a year off my life.

When I was younger, Paco De Lucia, John McLaughlin, Al Di Meola, and their album "Friday Night in San Francisco" was seminal. As a producer Peter Gabriel, Pierre Marchand.

These days I love Vicente Amigo, and Antonio Rey.

Go to Spain to study, the level of playing over there is incomparable.


7) Your music has taken you around the world, been nominated for numerous awards, and you've had gold & platinum albums. Did you ever think flamenco would be take you so far?

Music has taken me to countries I never thought Id see. I never thought I’d go to China, Japan, or Singapore. I never imagined someday I’d be in front of a castle playing to 5000 people in Beirut, or 75,000 at the Montreal Jazz Festival. How did that happen? I feel incredibly lucky.


8) You are praised by other guitarists for not only your stellar technique, but your passion and your compositions. Can you speak a little about how you approach the guitar differently when composing versus playing, say, a traditional tune? 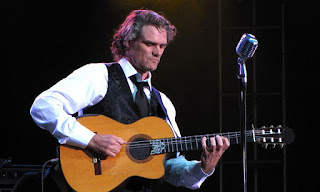 When I’m writing I try to put myself in a position where I won’t be able to rely on old habits. Sometimes that means going to another country and working with musicians in another music tradition, so I have to step out of my comfort zone. Sometimes that means writing away from the guitar, or experimenting with loops.

Well, the new Album drops in August. We have tours set up for The United States and Canada which will take us into the beginning of 2018. After that we want to tour Europe and Asia.

Pleasure David, thanks for having me.