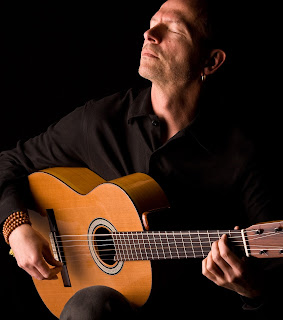 Ottmar Liebert - This man is a stunning player and an incredible composer. I heard him on a compilation album with players like Paco de Lucia, Jesse Cook, Strunz & Farah, Al DiMeola, and others. I immediately ran out and bought what was, at the time, his only album.

It was called "Nouveau Flamenco" (released 1990) and featured his unique fusion of flamenco-influenced instrumental music.

That album went double platinum in the US and garnered gold & platinum status from Canada to Australia to Mexico and more.

By the next year, he had released "Borrasca", which immediately went gold in the US and was nominated for a Grammy Award for Best New Age Album....his first of FIVE such Grammy nominations.

27 years and as many albums later, the German-born guitarist & composer is still selling out concert halls around the world and making incredible music.

His current Luna Negra tour will take him all over Europe and North America, and I know that I, for one, am eagerly awaiting his next album!

Learn more about this gifted performer at his WEBSITE.

After the more introspective solo album "slow", which was released in 2016, I have wanted to work on a new album with the band. So that's what I'm working on right now. This album is about integrating what I learned from the Reggae and Tangos mixture on ’Waiting n Swan’ with my own writing. 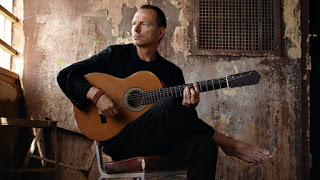 For every album I like to change the palette a little bit. I loved adding the sound of the accordion on the album ’Dune’ - I thought that sounded great.

For ’slow’ I decided to only use one guitar for all of the sounds on the album. So, for a bass sound I slowed down a guitar to halftime, for a more bowed strings-like sound I reversed chords to swell first and have the attack at the end.

I also try to come up with a new sound for each album. For this new one I have adapted an EDM technique, where our drummer Chris Steele uses a snare drum to play different beats, which trigger a gate, and that gate let's a bit of guitar come through. The snare playing is not heard - it's merely a trigger for the guitar sounds. It becomes an all acoustic effect that sounds like something used in electronic music.

Some albums seem to have weathered better than others, but mostly albums are experiences for me, meaning making them is important to me, and the discoveries involved in making them. I'm more of a journey guy than a destination guy.

Live I only use a Earthworks SR40 microphone, which I love. I have tried a lot of microphones in the last thirty years and if there's a better live mic for the nylon-stringed guitar, I haven't found it. Years ago I discovered that if I have a pickup on my guitar a sound engineer WILL make arguments for using it - so since 2002 I haven't had any pickups on my guitars. The SR40 goes straight into the snake and to the FOH mixer. That's it. 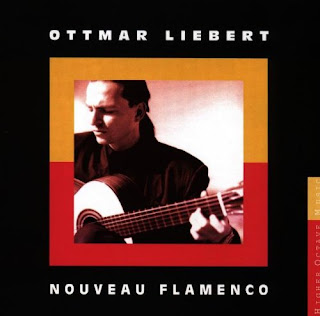 I started using IEMs (in ear monitors) in 1994, and those are essential for my work with the band.

In the studio I can't live without the Martech MSS-10 mic preamp. I have used it for my guitar on every album since the 1990s.

- My first influence was Carlos Santana. When I was sixteen I saw Earth, Wind & Fire open for the Santana Band. After that concert I listened to everything Santana had recorded, for several years. Of course it was amazing to meet Carlos in 1991, when he played on a couple of songs on my album ’Solo Para Ti’, and then to tour with him in 1996 - when we opened for his band AND joined him on stage every night. If you had told me in 1975 that this would be in the cards, I would have said you were crazy.

- Paco de Lucia was, of course, amazing. I discovered him in the Seventies, too, when a friend played the song ’Mediterranean Sundance’ for me.

- José Manuel León is a wonderful modern Flamenco guitarist. As far as I know he has only one album out, called ’Sirimusa’, and it's a great one.

- Erkan Ogur is a Turkish guitarist who plays a custom fretless nylon-stringed guitar. His album ‘Dokunmak’ is brilliant.

A few years ago I wrote a little column for an online mag. The column was called ‘Letter to a Young Musician’. Here are links to a few of these, which I put on my website:


7) 5 Grammy nominations, world tours, gold & platinum albums...did you ever think your brand of guitar-driven music would see such popular acclaim? 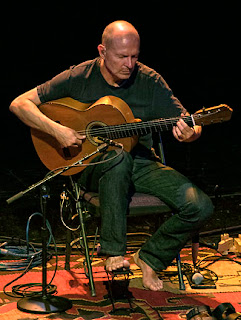 Honestly I just created what I wanted to hear - that was most important to me. I remember that the engineer I used for recording ’Nouveau Flamenco’ in 1989 asked me what I was trying to accomplish - I think the music didn't make a lot of sense to him - and who did I think my audience would be. I didn't really care. I wanted to get the stuff out of my head and into the world. That that album became a bestselling record was just a wonderful surprise, and a gift that allowed me to continue - NF became the best selling instrumental acoustic guitar record ever.


8) You are known for your fiery yet soulful playing as well as your fabulous compositions. Can you speak a little about how you approach the guitar differently when composing versus playing, say, a traditional or "cover" tune?

The melody is very important in both cases. I would always rather develop a nice melody than shred.

I hope to get more work done on this new album, and on May 18 we start a tour on the East Coast.

You are welcome. Thank you!