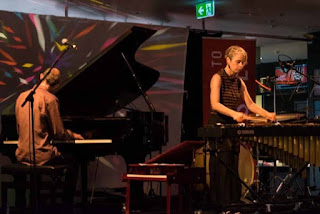 Music researcher Dr Leah Barclay told the 100 Ways To Listen project that artists and scientists working together could unlock the secrets of climate change.

"The way we think about music and the way sound artists listen, can really influence and inspire how scientists are responding to climate change," she said.

"Dramatic changes in aquatic ecosystems can go unnoticed simply due to visibility," said Dr Barclay, whose hydrology piece featured recordings of the world's water systems collected over a decade.

This non-invasive technique called acoustic ecology enabled the researchers "to listen to an active and healthy reef and hear active fish and snapping shrimp" or the increased traffic of Humpback whales, she said.

A lack of noise or increased noise levels could be indicators of the ecosystem's health.