"Until you have won some victory for humanity, you should be ashamed to die." - Horace Mann


Its always hard to judge the day in which one lives, so I offer this - a look back at December of 1969 - as a stick of measure for our current collective creative output quality. Its also fun to see where we were as a culture (the music & entertainment culture as well as the larger culture). Expect a look at 1970 later this week!

So, 50 years ago this month, what happened? 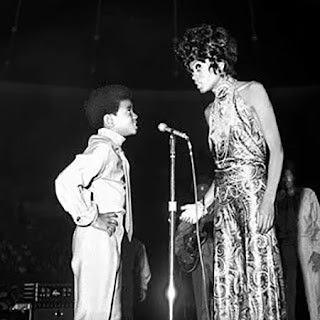 December was the year we saw a handful of amazing albums released, from the Rolling Stones' "Let it Bleed" (top 10 in 7 countries) to Merle Haggard's iconic "Okie from Muskogee" to the 4th album from Blue Cheer (self-titled) to debut album by the Jackson 5 called "Diana Ross Presents the Jackson 5" (and featured an 11 year old Michael Jackson), the 2nd album from Grand Fuck Railroad, Deep Purple's album with the Royal Philharmonic Orchestra (the first album of its kind, to my knowledge), and more.

December was also the month of the Altamont Free Concert. And both The Animals and Jeff Beck Group also broke up in 1969 (though I am admittedly unclear if it was specifically December)....so clearly, not all of the month was a positive. 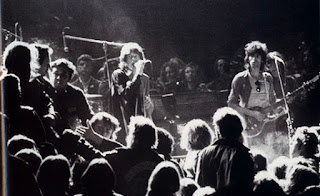 But December 1969 is also the year we saw the births of both Jay-Z and Jakob Dylan, and top singles on the charts in December included "Heard it Through the Grapevine" by Marvin Gaye, Peter, Paul, & Mary's "Leaving on a Jetplane", "Come Together" by the Beatles, "Down on the Corner/Fortunate Son" by CCR, Stevie Wonder's "Yester-Me, Yester-You, Yesterday", Steam's "Na Na Hey Hey, Kiss Him Goodbye", Jackson 5's "I Want You Back", "Raindrops Keep Falling on My Head" by BJ Thomas, "Whole Lotta Love" by Led Zeppelin, and "Someday We'll Be Together" by Diana Ross & the Supremes (the final #1 song of 1969).

Helluva month to live up to!