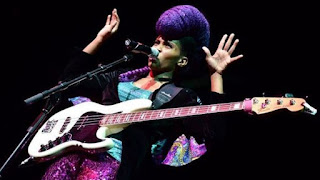 Maybe you know her as a favorite of Prince...or her work with Dave Stewart...or from GLEE....or for her sizzling cover of "Back in Black"....or for that flaming, bass clef mohawk....or as the bassist on the cover of bass & guitar magazines or the AMS catalogue. Or maybe you saw her music video for her song (with Orianthi) "My Relationship"....or heard top-flight artists like Steven Tyler, Bootsy Collins, John Mayer, and Lenny Kravits singing her praises....or her new song "Bottom of the Bottle".

Or maybe you're only hearing of her now.

What is important, now that you know who she is, is that you get on that train and listen to her. Everything you can. 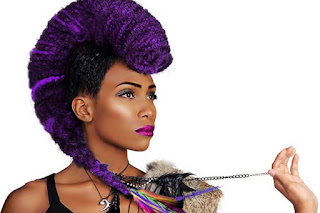 Nik West is an amazing bassist. One magazine said flatly, she is "bringing back the funk". But she is also an equally amazing vocalist and composer. Everything this young lady touches is gold.

But it doesn't stop there. Her stage presence is the stuff of legend. In fact, Prince himself said of her, "Great stage presence. She inspires me in the same way that Sheila E and Rosie did."

Her albums "Just in the Nik of Time" and "Say Somethin'" are stunning displays of the hardest rocking and heaviest funking available to mere mortals, with a depth of compositional agility and instrumental prowess not common in today's world. Simply put, you owe it to yourself to leap into this dense ocean of sound and...swim.
Learn more about Nik West at her website and her Facebook page and see plenty of videos at her Youtube channel (I love her cover of Michael Jackson's "Get on the Floor").

I had a chance to chat with Ms West recently - check it out!


A new full length album and collaborations. And a comic book. 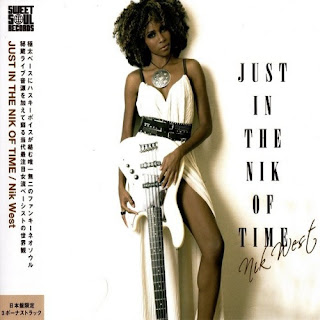 3) Do you have one project that you are most proud of as a bass guitarist?

I'd have to say the project that I am working on with Larry Graham has to be my favorite because he is a legend and Prince made several efforts to introduce us but we somehow always missed each other. Now we've finally connected after Prince's passing and decided to collaborate.

Fender Elite Jazz Bass because it is very versatile! Warwick LWA 1000 amplifier. The Nik West pedal board that consists of pedal mania and awesomeness with one of my favorite pedals being the TC Electronic ditto looper.

Early influences would be Larry Graham and Jaco. Two very different players but both genius. My fav new players are Mono Neon and Bubby Lewis.

Just be yourself. Don't compete. Practice daily. Use your own creativity.


7) You've worked with Dave Stewart, Prince, John Mayer, and more, with rave reviews by everyone from Lenny Kravitz to Bootsy Collins to Aerosmith's Steven Tyler. I guess the obvious question is: How did you accomplish so much at such a young age? You're still in your 20s!

I focused and studied by myself for many hours a day. I literally became a machine for awhile because I knew where I wanted to be. Everyone at "the top" kinda knows each other so word got out and I was in the right place at the right time a few times. 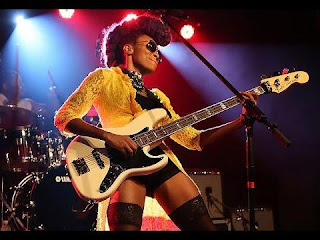 8) You've played studios and stages. Do you have a favorite (stage or studio) and can you talk about the difference in preparing for both environments?

The stage of course. I love being a show woman and feeding off of the audience. I prepare for that by getting lots of rest and reminding everyone on stage to have fun! We play everything completely live and I like to throw new things at the band during shows. It keeps us all on our toes. The studio is a different beast altogether. I have to psych myself out into thinking that there's an audience in front of me and I need to make the bass line come ALIVE. I stomp my foot, smile, get my bass face, and just record by myself.

Animations and comic books! More collaborations.. specifically Paul McCartney, Sting, and RHCP. And just to inspire girls to be at the top of the game in whatever they do!

Thank you for having me! Visit me everywhere!