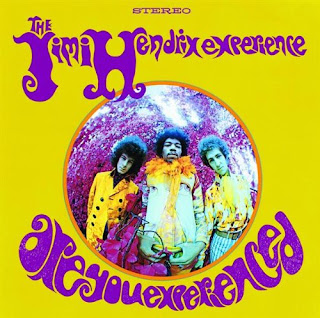 The world would never be the same.

The album is held in such high regard for a number of reasons: Its epic and fearless use of stereo imaging, its introduction to Jimi's other-worldly compositions, the (re)-invention of the rock guitar lexicon of techniques & licks, and so much more.

From the opening track "Purple Haze" (in the US - "Foxy Lady" was the opening track in the UK) to the over-the-edge psychedelia of "3rd Stone From the Sun" to the gorgeous "The Wind Cries Mary" to the closing title track, it was an 11-song game-changer; a veritable sonic & stylistic revolution.

Jimi Hendrix (guitar & vocals), Noel Redding (bass), and Mitch Mitchell (drums) created one of the most iconic rock albums in history, playing in a way few had even envisioned, much less attempted. 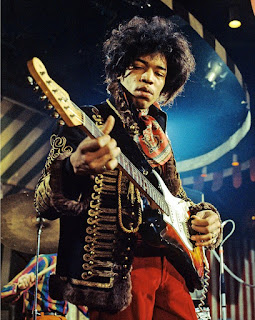 The album has since gone on to sell over 5 million copies in the US alone, and is a staple in the collections of all serious guitarists, as well as classic rock radio. In addition, it is listed on Rolling Stone's "500 Greatest Albums of All Time" at number 15, with 4 of the songs on their "500 Greatest Songs of All Time" ( "Purple Haze" at 17, "Foxy Lady" at 153, "Hey Joe" at 201, and "The Wind Cries Mary" at 379), and the US Library of Congress added the album to their National Recording Registry in 2005, and it regularly tops lists of greatest guitar albums of all time (and has for over 30 years).

I could go on. And on. And on even more...but the best thing to do is stop reading right now, and go listen.