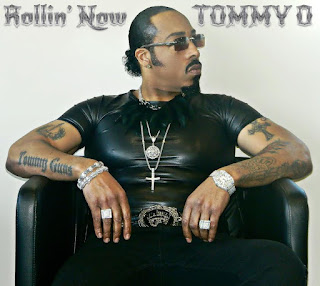 If you haven't heard the name, you've most certainly heard his playing. TV sessions (like George Lopez's house band to the Grammy Awards and more) to albums (from Ray Charles to TLC to Toni Braxton to Beyonce to Lionel Ritchie to Mary J. Blidge and more) to world tours (Usher to Janet Jackson and more) and more still.

Tommy played guitar for Bill Clinton's Inauguration (and the Inauguration Ball), MTV Music Awards, Arsenio Hall's house band, both Leno & Letterman...he is a go-to session player for everyone from Gladys Knight to Jimmy Jam & Terry Lewis....and if you saw Michael Jackson's film "This Is It" (for the "This Is It" tour), then you saw the twin guitar team of Orianthi and Tommy.

The man has been in the musical trenches since the 1980s playing on stages large and small (all across the globe), doing TV & radio, recording in major studios, and teaching workshops/clinics at major education academies like Musicians Institute.

And that's still just some of the highlights!

And did I mention he has solo material you can sink your teeth into? 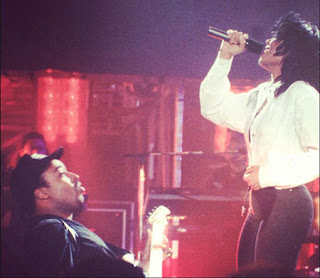 You can learn much more about Tommy at his web-site (bio, video, audio, news, and more). And be sure to "like" him at Facebook!

I had a chance to chat with Tommy recently - check it out!

My solo singles “Rollin’ Now”, “She’s My World” and “I Want You” have been released on iTunes, Amazon Music and several other music stores. I am rehearsing for another Michael Jackson Tribute Tour with well-known musicians from Michael’s previous tours and other major artists. It’s gonna be awesome!

The difference in my solo work and my past work is that I have total control of production, music and vocals. The tribute show is about the same as my past work, I love it all; it’s what I do.

I would have to say my solo project because each song tells a story about my life; who I am. Also, freedom to play and sing my own stuff is priceless. Working on my music, videos and live performances makes me fulfilled. 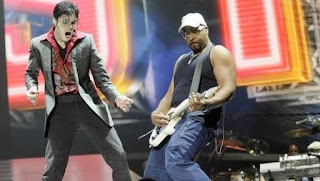 Hughes and Kettner Amps, Blackstar Amps, my signature guitars by Tregan and my newest baby, a candy apple red Fender Stratocaster. Favorite? Can one pick a favorite child?!

5) Who would you cite as early influences, and who are your favorite new players?

Listen to your favorite guitar player(s), learn from them and if what you’re learning inspires you the way it did when you listened to it, then you’re on your way!


7) You are probably - at least currently - best known as Michael Jackson's last guitarist (alongside Orianthi). But newer players might be surprised to learn that you've had a long and illustrious career, playing for artists like Usher, Anastasia, New Edition, Toni Braxton, and others, including Michael's sister Janet Jackson. We'll get to Michael in a moment, but can you talk a little about how you've somehow ended up as the go-to guy for these international award-winning artists for so long? What does it take to get, and hold, gigs like these?

I paid my dues, starting to play professionally at 15 - 16 years old at Naval Bases and clubs around LA such as the Roxy and Troubadour to name a few. This led to a record deal on Epic Records with my first group Tease. We made a name for ourselves and lots of artists became familiar with my work and looked me up.

8) You were part of the guitar tag-team hand selected by Michael Jackson for his final band. Can you share some of your experiences with Michael?

Every day was a good day working with Michael Jackson. He is the ultimate performer and getting to play up close and personal with the legend is an exceptional honor. To this day, I am still growing from Mr. Jackson’s decision to choose me for his band. Sharing the experiences pales in comparison to sharing what a blessing it was to me.

9) You are also an in-demand session guy, having recorded for artists like Ray Charles, Beyonce', and Lionel Ritchie. Can you talk briefly about the differences in preparing for live and studio environments?

For me, I’m a self-taught guitarist and they are both the same preparation. I am flying with every performance, you know?!

To continue to share my talents around the world and inspire those who connect to my gift of music.

Thank you, it has been my pleasure. I look forward to doing this again. God bless!