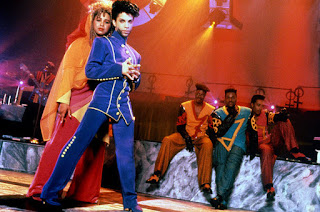 The New Power Generation, Prince’s band through the ‘90s and 2000s both live and in the studio, is reuniting.

After playing together at the Prince tribute concert in Minneapolis last October, various members of the collective -- best known for its work on 1991’s Diamonds and Pearls and 1992’s Love Symbol Album -- will play Celebration 2017 at Paisley Park (the four-day tribute to Prince in honor of the one-year anniversary of his death) on April 23. Following that appearance, The New Power Generation will play their own solo show at California's Redondo Beach Performing Arts Center on May 22. More dates in the U.S. and Europe are to come. Tickets for the Redondo Beach show go on sale March 21.

Read it all at BILLBOARD.