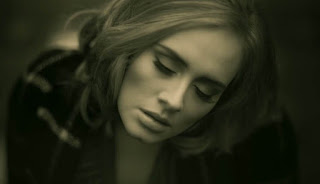 From Billboard: The Music Business Association (Music Biz) announced on Monday that the British juggernaut will be crowned artist of the year at the upcoming Music Biz 2017 conference.

The singer's third album, 25, has been certified Diamond by the RIAA for selling 10 million copies. She went five for five at last month's Grammy Awards, winning album of the year, record of the year, song of the year, pop vocal album, and pop solo performance.

“Adele is a once-in-a-lifetime talent who has clearly struck an indelible chord with music fans all around the world,” said James Donio, president of Music Biz. "Her accomplishments are unprecedented, from the record-shattering success of 25, to the glowing reviews and sold-out audiences for her massive world tour, to her Emmy-nominated TV special Adele Live in New York City."