We posted the list of nominees and ballot link not long ago, and now the results are out. The class of 2020 is: 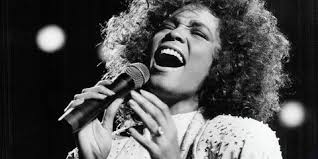 The Ahmet Ertegun Award goes to both Jon Landau and Irving Azoff.

Depeche Mode had 54 single on the UK charts, has sold over 100 million albums, garnered 5 Grammy nominations, and is called by Q magazine one of the 50 bands that changed the world. In addition, Billboard Magazine recognized them as one of the most successful and influential dance bands in music history.

The Doobie Brothers have sold millions of albums, including the #1 charting "Minute by Minute", logged 28 charting singles, (with 16 in the Top 40), toured the world, were recognized as one of the best vocal acts in history by numerous media outlets, and have 6 Grammy nominations with 4 Grammy Awards.

Called simply "The Voice", Whitney Houston topped multiple "best vocalist" charts around the world, influenced top singers (including Celine Dion, Alicia Keys, Mariah Carey, Nelly Furtado, Pink, Christina Aguilera, Beyonce, and many more), is among the top selling artists of all time, and is the most awarded female artist in history, with two Emmy Awards, six Grammy Awards, 30 Billboard Music Awards, 22 American Music Awards, and another 400 to her credit.

Trent Reznor is essentially synonymous with the name Nine Inch Nails, founding the band and being the only permanent member as well as the primary creative force. In addition to selling tens of millions of albums (all of which charted and all but one as top 40), Nine Inch Nails has been nominated for 13 Grammy Awards (winning two), 14 charting singles (6 at #1), and are cited my multiple media outlets as one of the most influential artists in history. 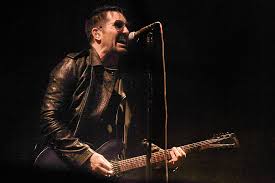 The Notorious B.I.G. (a.k.a. Biggie Smalls) only released one album before his death at just 24 years of age (the 2nd being released just after his death, and several more followed), but sold tens of milliosn of albums and has been hailed by both Billboard and Rolling Stone magazines as the greatest rapper of all time. AllMusic called him "the savior of East Coast Hip-Hop" and he has been sampled and quoted by some of the biggest names in music, from Usher to Jay-Z to Michael Jackson.

Marc Bolan's creative brainchild T Rex had an uninterrupted string of 20 charting singles in the UK from 1970 to 1976 (including the iconic (Bang a Gong) Get It On") and a handful of top selling albums (including the #1 "Electric Warrior"), T Rex became one of the most influential glam rock bands in history.

Those are some heavy hitters left out, but let's hope Benatar and other game-changing artists make the cut next year!

Congratulations on to everyone involved!
Posted by Skinny Devil at 11:36