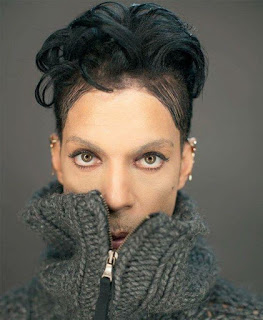 A Tribute to Prince

It’s all still so vivid. We were sitting in the McDonald’s drive-thru, about to head back from our walk at lunch, and I opened up my Facebook app while we waited. I tapped my notifications. The top one was from one of my sweet, sweet friends. I opened it, assuming it was a birthday greeting. Instead, it was a tag to a TMZ article that a dead body was found at Prince’s Paisley Park estate and was rumored to be Prince.

I started messaging everyone, seeing if they’d heard anything. I texted my parents, asking them to turn on the news. My mother tried to reassure me. “It’s probably not Prince but someone he has working there,” she said. “Don’t get upset, Linz.”

Only a week before, Prince’s plane had to be emergency landed and it was revealed he had to be given Narcan, although at the time it was reported as the flu. We all took to Facebook then to talk about it, worrying about what had happened on the plane and his failing health. He had been frail in recent years. Had he been terminally ill and we hadn’t known? He was a painfully private person.

By the time I got back to the office, I’d read and seen enough on Facebook via various news sources to know that what I feared to be true, in fact, was. I sat down at my desk, stared blankly at my computer, grabbed my bag, and left. On my way out, I told our then-commander the news and he teared up because he, like I, had grown up on Prince’s music. I turned the radio on in the car and the Sirius’s “80’s on 8" station was already playing a tribute.

I had to stop at Walmart on the way home. I walked around in a daze picking up the things I needed as “Call My Name” played on loop in my head. I overheard a lady in the greeting card aisle talking about it on her cell phone. I paid for my items and hurried to the car. I decided to forego dinner plans as I was in no mood for fancy food or birthday cake. I just wanted to be home.

When I did finally make it home, I rushed in the door and turned on the TV. The news was everywhere. MTV was actually playing videos for the first time in a very, very long time. Clips of videos ranging from “When Doves Cry” to “Diamonds and Pearls” were flashing on news channels. I kept staring at the headline and even took a photo of it:

There was a package on my doorstep that I had picked up on my way in and didn’t bother to open right away. I knew from the writing on the side that it contained flowers and they were from E. Something finally compelled me to get up, walk away from the TV, and open it. Inside were the most beautiful multi-colored flowers, unlike any I had ever seen. I removed the wrapping from the vase. A purple vase. He had ordered these weeks in advance yet here I was, standing in the middle of my kitchen, holding a blatantly purple vase while the TV in the next room kept screaming at me that Prince was dead.

I sat down in the middle of my kitchen floor and I bawled like an infant.

Now, I realize that a lot of people reading this won’t understand. They will think this is silly, exaggerated, crazy, stupid, and so on. For all of the people who understand, there are plenty - if not more - that do not. Fortunately, having encountered those types before, I’ve learned to shrug their opinions off. After all, they don’t know me or my story, so they have zero room to judge. Everyone has someone they look up to, be it an athlete, actor, or musician, and to think mourning someone you’re a fan of is silly is actually heartless and, frankly, ignorant.

Most of you already know this, but for those who do not: Growing up, I had a small handful of influences and inspirations outside of my family who shaped me into what I am today. Influences who drove me to get involved in the arts, namely in writing. Influences who took the creative side of me and brought it out in full force. Influences who affected me in ways that I can remember as early as three years old. Influences whose effect can be seen in so much of what I have done and what I do in life. Prince was one of those.

Prince IS one of those.

When people say they are “lifelong fans” of someone, they may be referring to a particularly lengthy period of their life but not quite the bulk of it as it may seem. For me, I’m not too off when I say that I’m a lifelong Prince fan. I was only three years old when I first saw him singing “Little Red Corvette” on Night Tracks. I was five years old when “Purple Rain” came out. I remember seeing the video for “When Doves Cry” for the first time and being mesmerized with both the song and the beautiful man crawling across a floor covered in flowers. I played the record on repeat. The “Purple Rain” film was the first VHS tape, along with Labyrinth, that I rented when I got my first VCR in 1986.

I blasted his music in my little bedroom when Mom and I lived with my grandparents, so much so that they were also fans. My bedroom walls were adorned with his posters. I roller skated to his music with my friends. I proudly - and loudly - sang lyrics to his songs, including the ones that I probably shouldn’t have known or understood the lyrics to. He provided so much of the soundtrack to my life from such a young age up to my late 30’s. Never mind that his music got me through countless heartaches and bouts of depression. Music has always been such a fundamental part of my life, as necessary to my existence as breathing, and Prince’s discography is essential.

I’ve always been proud and protective of my Prince collection. Records, cassettes, CDs, DVDs, etc. - I cherish them all. They all show wear, marks of how many times they’ve been played and enjoyed, amassed from 1983 until now. The same goes for my books, sitting in a bookshelf that had space earmarked for the long-awaited memoirs he’d announced he was doing in 2016, to be entitled “The Beautiful One”; now that space will be filled with another book about him versus a book finally by him.

Sometimes I feel selfish when I bring up the fact that Prince died on my birthday or how that I now don’t celebrate on the actual day anymore as a result. It’s actually the opposite. The people who really know me were the ones who said, in reaction to the news, “Oh God, on your birthday”. Because they knew. They KNOW. They know what an integral part of my life Prince has always been and how absolutely devastated I’ve been since April 21, 2016. All of the re-released music, never-before-heard music, tell-all books, and tributes can’t help. I would’ve been gutted on any day because of the tragedy and finality of it all, but it took on a different meaning that day.

In the time since, my friends and I have managed to memorialize him in our own special ways. We’ve painted paintings, carried out entire conversations in lyrics, shared music from our private collections, watched the movies, listened to the music loudly, worn purple, cried, and celebrated his life. Some of the precious soldiers at my job gifted me a beautiful framed and autographed Prince photo for Christmas 2016 that I absolutely adore. I even took that purple vase E sent my birthday flowers in and created a floral arrangement complete with purple lilacs, a calla lily, “diamonds and pearls”, a purple feather, and a dove.

I’ve managed to find peace in all of these things and can once again enjoy the music, even in a bittersweet way.

Nonetheless, April 21 is no time for celebration for me. It ranks up there with November 22, the day my other major influence, Michael Hutchence, died too young and too soon. So, I may be 39 years old today and I will eat cake as I appreciate all of the sweet well wishes and thoughts that will not go unnoticed. But I’ll also play my Prince vinyl, watch “Purple Rain”, and feel sick over the last two years. How unreal they’ve seemed. How hard they’ve been personally in ways unrelated to Prince’s death. The rainbow is that he left behind a legacy that can hopefully comfort any fan who finds this all so equally sad.

It doesn’t matter how he died, the rumors that swirl, or the countless tales of “insiders” who think they know something we don’t. What matters is that he existed for almost 58 years and left a mark that no one can mar or touch. He will always remain an icon.

I can only hope that my children, if I become a mother, can find their Prince - someone they can look up to and engulf themselves in, to be inspired by, and to be affected by.

“The beautiful ones always smash the picture...always, every time.”