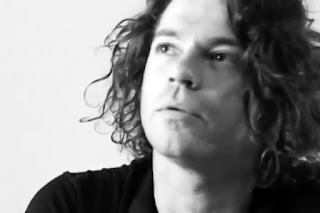 Twenty years ago, my favorite singer/songwriter and one of my biggest inspirations left this Earth. INXS lead singer Michael Hutchence died at age thirty-seven. Suicide.

I remember vividly the phone call, my high school/college best friend letting me know that the news had just given that Michael had killed himself. It was a Saturday night. I was finishing up my second full semester of college, preparing for the Thanksgiving holiday, and spending time with my Mom and Granny. I was stunned. At that time, I did not have internet access at home, so I went to the college library early that following Monday and printed off every article I could find, sick inside as if I were reading about a family member’s passing.

Rumors swirled - was it suicide? If so, why? Was it because of his fiancee? Was it a sex act gone wrong? What about his child?

In the months and years to come, we’d learn that the ruling was indeed suicide and that even the hint of autoerotic asphyxiation as a cause of death was absurd, surely brought on by nothing more than those wanting yet another salacious death versus the notion that someone could be so depressed as to take their own life. Michael’s close friend, Bono (of U2) would initially dispute the cause of death as suicide then change his mind. His fiancee and mother of his child, Paula, would soon overdose and die, leaving behind their daughter, Tiger Lily, to be raised by Paula’s ex, Live Aid founder Bob Geldof. INXS would go on to make a reality show where they searched for a replacement singer, which they found in JD Fortune, but their resurgence was short-lived. Michael’s parents would pass away and investigations would open into what happened to his money (namely the money earmarked for Tiger Lily).

As a result of the rumors and small scandals, the last twenty years have been less for mourning and more for unanswered questions. In all this time, the fans have been gifted with some new music on occasion. But, no matter the re-issued albums, books, and INXS memorabilia for us to enjoy, there’s always been an ever-present, resounding “WHY?”

It all started in 1985 when I first saw the video for “What You Need”. Admittedly, the video was a little scary to my six-year-old eyes, but the song stuck with me. Immediately, I was hooked, and hooked I stayed.

Michael, in a small handful of inspirations to include Prince and Stevie Nicks, taught me how to love music and the written word; how to convey emotions through song and poetry in a way that regular conversation just could not touch. They made me want to write. They made me want to consume words set to music and to experience the range of emotions they sang of. I had loved music in the womb, yet they opened up a world to me that I am eternally grateful for. They helped to create who I am today.

Not only did they inspire me, but they allowed me to share my fandom with my family and my friends. So many nights I spent watching their concerts and music videos on VHS and DVD with my parents and grandparents. Yes, my grandparents - particularly my grandmother - were INXS fans. I guess they didn’t really have a choice. My high school/college best friend, the same one who let me know he had passed, wrote me many a note in high school about Michael and we would discuss his performances and appearances in music videos to the point of exhaustion. And, after Michael’s passing, I was blessed to meet some amazing people, fellow INXS fans grieving the loss as I was. Those people remain friends today. 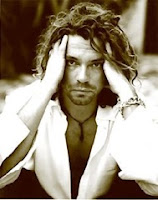 It’s hard to believe that two decades have passed. When Michael died, I was just eighteen years old. Now, I am a year older than he was when he died. When I turned thirty-seven in 2016, my first thought was how I was now the age Michael will forever be, frozen in time. (And, as an aside, that very birthday was the same day we lost Prince, so I doubly grieved).

Of note: When Michael died, the internet wasn’t like it was today. There was no real ‘social media’ in the sense we know it. Therefore, we didn’t have as much backlash as we’ve seen with deaths since - Michael Jackson and Whitney Houston, for example. For that, I am thankful. Too many people do not understand why we, as fans, grieve so deeply the loss of someone we’ve never met, someone we do not know. That leads us to have to defend ourselves and to deal with the inevitable criticism. I’ve dealt with it since, but I am so thankful I didn’t have to hear that asinine bull when Michael passed. There was a sense of community and grief, even amongst the occasional vile joke (I’m looking at you, Michael Patton of Faith No More) or mocking. We didn’t have to defend ourselves as to why our hearts were broken and never once have I felt the need to explain why my life was forever impacted. 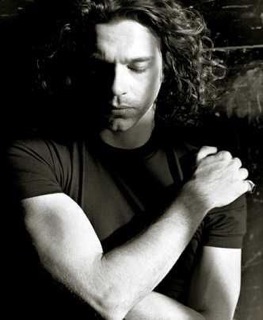 I owe so much of me to Michael Hutchence and have since childhood. I only wish I’d had the chance to meet him and to tell him so. Instead, I absorb myself in the vast discography he left behind and the songs that have provided so much of my life’s soundtrack. My favorite song of all-time has always been - and will always be - Never Tear Us Apart. Such a song comes only a handful of times in a lifetime. I consider myself remarkably lucky that I got to experience it firsthand and to be an INXS fan from the early days. As the decades continue to pass, the music will remain tinged with sadness over what we lost on November 22, 1997, but serve as a reminder that we got to experience a rare greatness that will never come again.
Posted by Skinny Devil at 08:35