Poetry Series: ME TOO

This poem is going to hurt. It's going to feel like you just had it happen. Like...just now. Not days ago, weeks, yellowed years. Dusty decades. Not under quilts of lies you tell yourself. And others. Under secrets and in the shed. Burrowed into layers of dark earth. Sleeping. But it just. Happened. 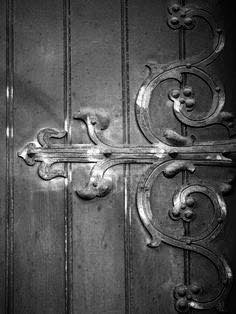 So brace yourself. Grip the counter. Hold tight to the floor with your toes. Clench your teeth. It's going to hit hard like the back of a hand.

My girl, you did not deserve it. Let me say this first. You did nothing wrong and you did not deserve it. You were being. Just being. As a female. And He took that and made it dance club sticky floor bathroom ugly. He smeared the lipstick across your face. He stopped all clocks. He put a bookmark on this page. He closed the door and you put the lock on and it stayed. But it was not what you did. He was the scorpion tail. He was the hinges. He was the devastation.

Remember how we used to think that summers lasted forever and Santa was real and that blue cotton candy was made from some kind of carnival freaking magic? Yeah. I do too. And remember waking the day after? And how nothing felt magic. And it would never again? How this thing took your gorgeous little heart and put it on the bottom of the ocean's sandy black depth? And you felt dirty. Dirty, wasn't even the word. You felt irreparably...dismantled. Anchored. By that.

I'm saying to you now that this thing is not you. This thing that happened...on the couch, in a tub, in an office, on the street, in your own safe bed. It is not you. Not. You. Take it out like a splinter. Squeeze it out like a cyst. Cut it from you like disease. Throw it away! Sister, chew off your own limb if need be.

Maybe you were 17 and drunk and a party. It was a friend of your brother. You remember waking in the middle and trying to move. You felt like throwing up. You had a friend get you home. After. Your brother asked that you not say anything. You don't. You can't recall who it was. But you wake from night terrors feeling pinned under a man that is forcing off your pants in a room full of strangers. You sleep walk. And talk. For years. Decades.

Me too, sister. Let us take those words from our daughter's tongues and devour them. So they never have to say them...except that they also believe in carnival spun magic. Me. Too.
Posted by Skinny Devil at 08:05