A graduate English professor of mine once said that “Irony is great in literature, but hell in real life.” Yep. A few months ago I had planned on focusing the second installment of this blog chronicling the start of Five Minutes Left (www.5minleft.com) on the importance of solid organization, flexibility, and having a “Plan B.” Well, here we are a few months removed from that first blog, and I’m pretty sure I’m on “Plan C” at this point. Irony… awesome. 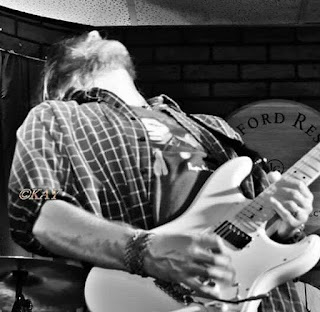 Once you commit to forming a band, a clear, simple plan with concrete goals is critical for success because when a hundred unexpected things change, and a band finds itself drifting and unsure, being able to focus on specific steps toward a specific goal is invaluable. That doesn’t sound particularly profound – and it’s not – but you’d be surprised how easily the unexpected can sidetrack and frustrate you, and before you know it, you’re not making the progress you wanted.

Before I touch on FML’s goals and progress, I want to point out the importance of not to mistaking dreams for goals. Your dream might be headlining at Red Rocks, or Wembely, or recording an album that hits the top of the charts. (And hey, who doesn’t dream of such things?) But for now, you need to set goals that are more realistic. If you want to “shoot for the stars,” make a plan for getting to the Moon first, then to some outer planets. Trust me – you will learn plenty on a journey through your own musical solar system before you venture into interstellar space.

For FML, the plan is simple: 1) Finalize the band’s membership and solidify our sound and genre; 2) Rehearse twice a week to get tight on an hour of music; 3) Start looking for opportunities to open for bands while expanding our set list to two hours; 4) Share shows with bands and seek opportunities to play festivals, parties, and other gigs with multiple bands; 5) Continue to grow the song list to three hours, and refine our performance to create a visually and musically professional experience for the audience.

Simultaneously, we created band accounts on the usual social media outlets, as well as our own webpage. Logos were designed professionally, business cards were printed, and a website was created. We wanted to have basic marketing tools ready for when we contacted venues, reached out to other bands, etc. We had also spoke with a few photographers about professional promo shots, as well as having quality video shot of rehearsals, performances, etc. We set soft deadlines for these goals, since all of our members have “regular” jobs, and sometimes we can make quick progress on things, and other times it’s slow going. Remember – the objective is steady progress.

Most of that was accomplished in six months, and we were able to play a couple of shows. However, for all of our planning, the vagaries of life have put up some unexpected challenges. Our original bassist changed careers, and his new work schedule didn’t accommodate the band’s schedule. We found a replacement pretty quickly (which worked out because it allowed us to move in a slightly different direction), but then our singer had to bow out to concentrate on her business. (At this time, we are auditioning for a vocalist.) Additionally, weather cancelled a show we were going to play, and a venue to which we hoped to return burned. It’s not been Spinal Tap, but it’s generated good band stories.

So, the take-away here is that while it’s easy to become frustrated about having to return to square one, it’s more important (and productive!) to take stock of what’s been accomplished so far, to concentrate on the things you can do better the second time around, and to focus on how you are going to reach that next goal.

Nobody said starting a band was easy. (In fact, pretty much everyone says it’s pretty much the opposite.)

However, if you believe in the band – and in yourself – the difficulties can be overcome. You just need have a clear course, boat-loads of patience, and the tenacity to stick with it. Until next time, break a leg, and kick ass! T.
Posted by Skinny Devil at 05:22