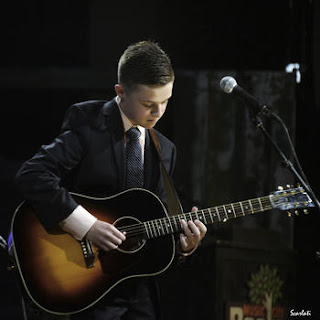 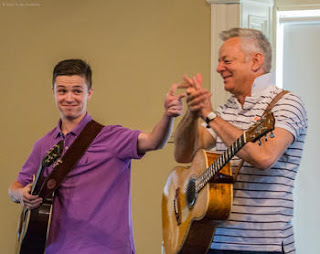 I am working on my next recording project called “Breezing Thru Life” that is scheduled to be released later this summer. It contains some original tunes, some arrangements that include a band, and a few arrangements that I’ve chosen to sing on.

It doesn’t drift too far from my roots of thumbpicking and fingerstyle guitar though. Whether it is a recording or a live performance, I always have the goal of playing music to make you smile.

My first project was basically an EP. This will be a traditional full length CD. The other thing that is different for this one is I’m singing on a few selections. Typically fingerstyle guitar players don’t sing. In this case, I hope the addition of some vocals will give it some additional flair. 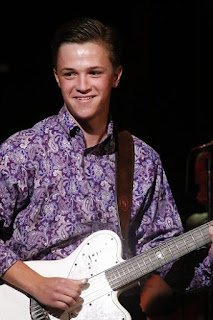 Wow, there has been a lot of cool things that have happened for me simply because I love to play guitar. My first recording project, “Whimsical Smiles” ended up being inducted into the National Thumbpicker’s Hall of Fame in 2016 as “Recording of the Year.” It was my first time in the studio and I was even fortunate enough to have Tommy Emmanuel show up and accompany me on one of the songs. That was pretty special. One of the other projects I have been involved with for the past few years and that I’m proud to participate in is the annual Jerry Reed Tribute in Nashville. That show is always stacked full of my guitar heroes, including the living C.G.P.’s (Steve Wariner, Tommy Emmanuel, & John Knowles), Brent Mason, Pat Bergeson, Richard Smith, Thom Bresh, as well as several other great guitar players and even members of Jerry’s band. Since it was just announced that Jerry is going to be inducted into the Country Music Hall of Fame, my guess is that the show this fall will be extra special.

I’m pretty minimalistic. Most of the time, I either play my Wallace acoustic/electric guitar or my Gibson J45 Custom. If I play my acoustic amplified, I will use my AER Compact 60 amp. I also play a Gretsch 6120 through a Music Man RD112 amplifier. That combination gives more of a vintage Chet Atkins type of sound. At present, I rarely use much if any effects or pedals. My favorite piece of gear is my thumb pick. I pretty much take it everywhere. There is always one in my pocket. 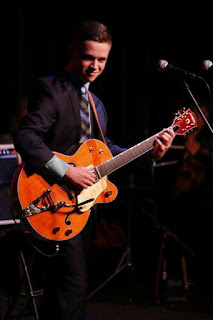 Chet Atkins, Merle Travis and Jerry Reed are like the “founding fathers” of thumbpicking to me. I really enjoy Tommy Emmanuel, Doyle Dykes, Steve Wariner, John Knowles, Brian Setzer, Brent Mason, Pat Bergeson, Frank Vignola, Martin Taylor, Eddie Pennington, Pat Kirtley… I could go on and on. My list of guitar playing influences is pretty long. When I think of newer players, Joe Robinson and Brooks Robertson are up there with the best of them.

Listen to as many styles of music as you can - not just guitar players- to help develop your own sound. I’m seeking new inspiration all the time. Make sure to play in tune. Nothing is more annoying than hearing a guitar that is out of tune. Practice things slowly and correctly. Speed will come as muscle memory develops. Don’t be afraid to make the investment into a quality instrument. Playing is much more enjoyable with a guitar that has the right set up for your hands.

I just got my driver’s license and have a year of high school left. After that, I’m planning on going to college, but am undecided which one I will attend at this juncture. What I do know is that the guitar and music will always be a part of my life and I want to continue to share it with others.