Hot on the heels of the new release by Prince (despite the fact that the courts have delayed it) is new music from Chuck Berry, who died ealier this year (March 18). 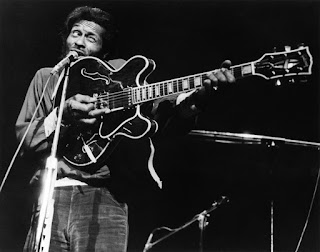 Featured on the video below is "Wonderful Woman". The song features not only Chuck Berry (guitar & vocals) but son and 2 grand-children (who also played in his band for years), as well as Texas blues player Guy Clark, Jr.

The song is from his new album "Chuck", which can be pre-ordered from his website. Also available on video (and his web-site) is the lead single, "Big Boys"....also featured below!