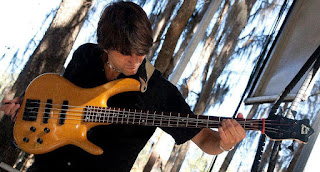 
Currently playing in guitar master Eric Gales' band, Cody has also played with the likes of Michael Manring, Tommy Emmanuel, Victor Wooten, Stu Hamm, and others, and has received the highest praise from fellows like Greg Howe, Felix Pastorius, and a host of magazines, from Bass Player to Modern Drummer to iBass Magazine.

Cody also teaches via Scott Bass Lessons, and has a solo album coming out later this year. You can check him out on-line at Cody Wright.

I had a chance to chat with Cody recently - check it out! 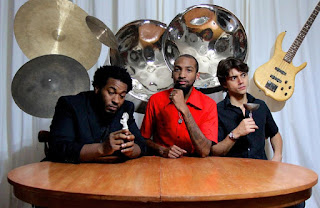 I currently play bass with Eric Gales, and do solo concerts and clinics in addition to working as a studio musician and teaching.

In the past, I was the bassist with Jonathan Scales Fourchestra for five years. It was my first gig as a bassist.

Probably my guitar playing and songwriting on my upcoming album, "A Bass Only a Mother Could Love!"

My favorite piece of gear is my Zon Sonus Special bass & my Magneto Sonnet Stratocaster! 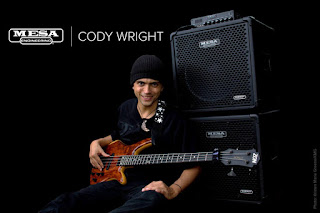 Listen to every instrument and every style of music and don't let your instrument limit you from learning stuff from another instrument!!! Just plays what really speaks to your heart!

7) You also teach. Can you tell us a little about your approach? And do you prefer beginners or advanced students?

I love teaching everybody! I really love students whose hearts are really in it. I love to listen to what my students are already on to stylistically and then meeting them where they're at and going from there. I check in a lot to see if my student is happy with where things are going in the lesson.

8) Man, you've played with Eric Gales, Michael Manning, Victor Wooten...shared stages with Tommy Emmanuel, Steve Vai, Dweezil Zappa, and so many others. Is there a career highlight that stands above the others, so far?

When I was 20, I got a private, impromptu guitar lesson from Tommy Emmanuel on songwriting in the lobby of a hotel. That totally changed my world forever & was a very nice thing for him to do. 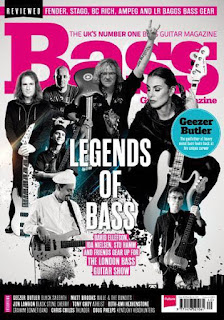 Also, a few years back, Béla Fleck showed up to a gig I was doing. Afterwards, he told me that my timing was "beautiful" and that he had never heard anybody really approach the bass with a pick the way I was doing it. That really blew me away completely because I think that Béla is one of the world's greatest soloists on any instrument, with a sense of time and rhythm that pretty much surpasses anyone I have ever heard on any instrument.

9) What are your future plans?


I'm releasing my first studio album this year, and am looking forward to touring with Eric Gales and doing as much solo work as I have time for.

Thank you all so much! Y'all ROCK!