"...The lights are on past midnite
The curtains closed all day
There's trouble on the moubntain
The valley people say..."


A beautiful little book just came out earlier this year. Edited by none other than Pulitzer Prize winning poet Paul Muldoon (with introduction by Johnny's son, Grammy winning record producer John Carter Cash), it is, simply, a book of poems.


Johnny - for some quick data for our younger readers - wrote in the neighborhood of 1000 songs, sold over 90 million records worldwide, and is the only individual in the Songwriters Hall of Fame, the Country Music Hall of Fame, and the Rock-n-Roll Hall of Fame. 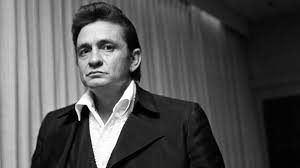 He is also recipient of the Kennedy Center Honors, several other hall of fame honors, lifetime achievement awards, and more CMAs and Grammys than you can count, not to mention several dozen acting credits for TV & fuilm, his own TV special, a dozen collaborative albums, and roughly 96 solo albums & over 150 singles, with over 50 top 10 hits - over a dozen of those reaching number one.

In short, in his nearly 50 year career (from his first recoding in 1955 to his death in 2003, though he has had music released after his death), he is among the most prolific & celebrated artists in history.

And now comes a collection of poems no one even knew he wrote.

"...Liquid, tablet, capsule, powder
Fumes and smoke and vapor
Convenient ways to get the poison in..."

The book is beautifully done, with just a few photos of Johnny himself, but many more of the handwritten poems found in the book.

Over 40 beautiful, riveting, sometimes heavy and sometimes humorous pieces - and each of them perfect and yet all-too-brief.

The titles (from "Big Hearted Girl" to "Dark and Bloody Ground" to "Jellico Coal Man" to "Room 1702") give you a hint of the depth and breadth of this book. A book worth getting, and reading every word.

We are very lucky to have this collection. 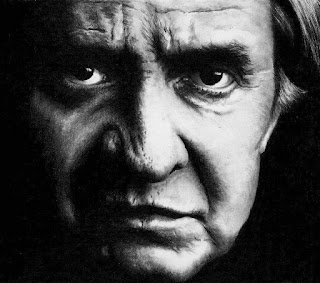 If we're a bit more lucky, this is only the first of many more.

"...But the trees I planted
Still are young
And the songs I wrote
Will still be sung..."