Taking the Plunge -- So you want to start a band, Part 1

Earlier this month, I was enjoying a beer with long-time SDML instructor Paulie Felice, when he asked if I’d be willing to write periodically about my observations and experiences during the initial stages of forming my new band, Five Minutes Left. Naturally, I jumped at the opportunity, so here goes.

(My intent is not to provide a comprehensive or prescriptive “how-to,” but rather to illustrate some key lessons I’ve learned and am still learning. There are lots of approaches to starting a band, and if your band did it differently, great! Success can take many paths, and each band will have its own approach.) 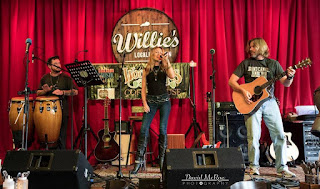 Why start a band? The idea came out of my hunger to play live music on stage. That sounds melodramatic, but it’s the truth. I’ve summated 14,000+ foot peaks, been in training sessions with Federal Air Marshalls, and run across grizzly bears in the wild, but nothing gives me a greater sense of excitement and satisfaction than playing music onstage with others. (Although, not being eaten by a bear comes in as a close second).

Your reason for starting a band matters because it dictates the scope of your project. If you are interested in putting together a jam band, all you really need is a place to set up, some friends to come over with instruments, and a case of your favorite beverage. Instant good time. However, if your goal is to start a band with aspirations of playing live, paid shows on a regular basis, then you have some work to do first.

You can’t start networking too soon. One of the best things you can do when putting together your own project – long before all of the initial pieces are in place – is one of the simplest and most enjoyable: Go see live music and talk to the bands playing. I had tons of questions early on (and still do!), and trial-and-error by itself is not a very efficient method of learning how to do something.

Talking with professional musicians or established bands can be a little intimidating at first (it is for me), but I learned that when I spoke with them to compliment the performance, I found it pretty easy to also ask about something else I wanted to learn. How did you book such a great venue? Had you played with the other bands on the bill before tonight? How did you meet them? That was great stage chemistry, how did you develop it? I loved how you traded parts, how did you decide how they would be divided? Who selects the set list? You get the idea. 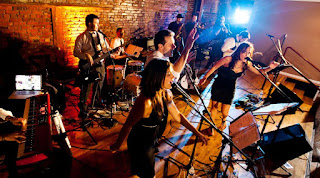 Successful people love to talk about their success (we all do!), and in my experience other musicians are usually very willing to chat for a while about music, playing, the industry, failures (like successes, people like to share horror stories about things gone wrong), etc. But don’t stop there. Connect with those artists on social media, and not just the band, but the individual members. Some of the most meaningful and useful relationships I’ve made in music started with a five-minute conversation, followed up with other interactions later.

If possible, go see those artists multiple times, and each time talk to them and follow up. They’ll remember you, and you’d be surprised how many are willing to answer questions, give advice, or even help open a door for you later. You’re laying the foundation for friendships and relationships that will pay off in the future, and that takes time. Don’t overlook them now.


Next time, I’ll talk about the actual plan I put together as a blueprint for bringing Five Minutes Left to life, as well as where the band I and want to go with it. Until then, break a leg and kick ass! T.
Posted by Paulie at 07:40