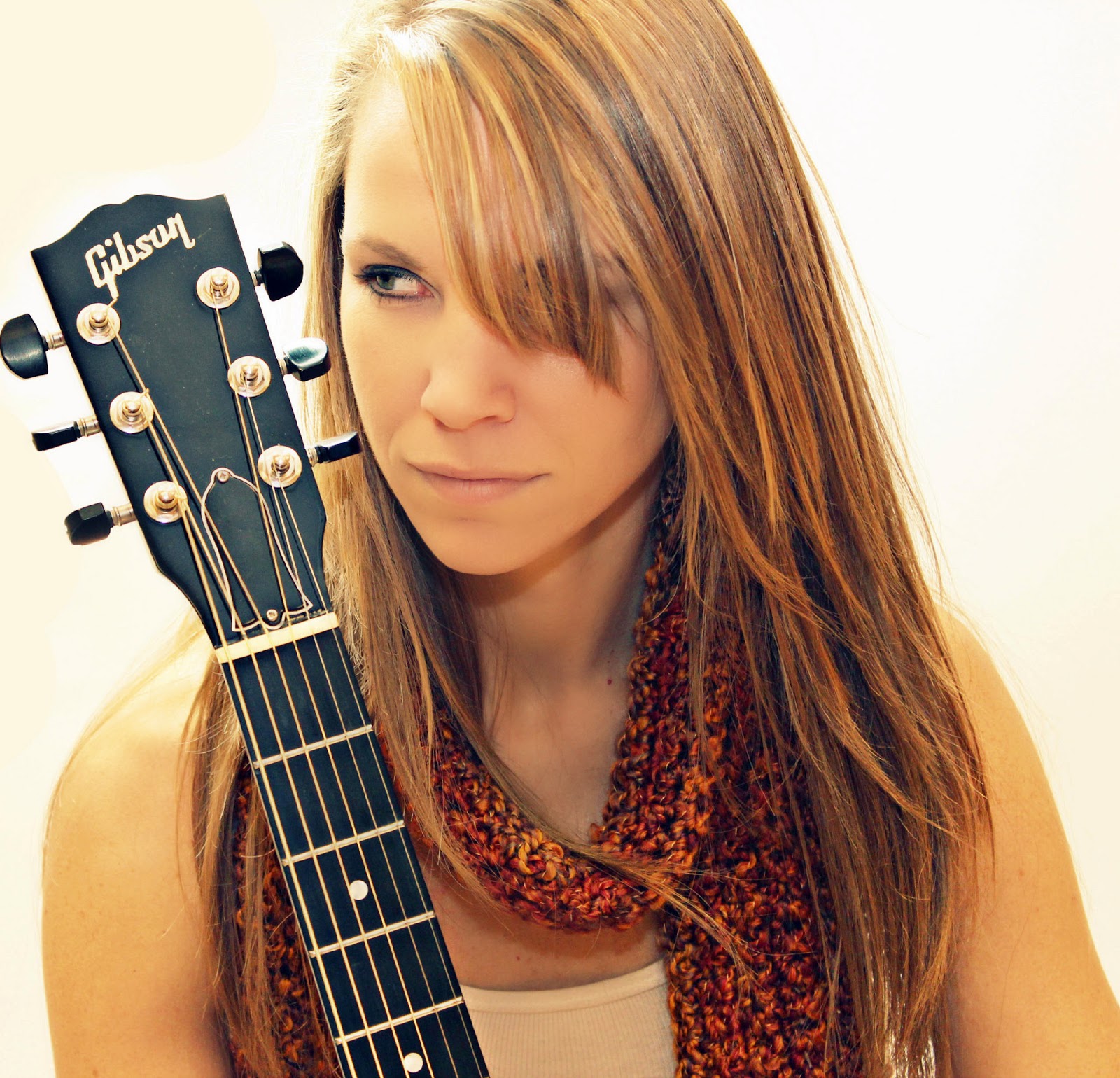 
Critics have called her "...intelligent and articulate artist..." who "...demonstrate(s) prowess on the guitar and (a) penchant for wrenching vocals..." and who possesses "...an intensely unique acoustic guitar style … pounding out explosive rhythms and intricate leads...".


She is one woman, one guitar, and no gimmicks...and she is, according to this writer, one of THE most important artists on the scene in years, and one to watch closely for years to come. And, for guitarists, one to study closely. I witnessed a clinic where, on her first song, she played finger patterns so quickly they audience thought she was strumming, flawlessly executed metric modulations, and still left space for the instrument to breathe. Oh, yeah - and she has an awesome voice, too!


She just completed the recorded of a new album in New Orleans with engineer and producer Andrew "Goat Boy" Gilchrist and is about to hit the road on a 20 city tour across the eastern US and Canada.

You can visit her on-line HERE.


I had a chance to chat with Diana recently. Check it out!


I just got back from a radical recording experience in New Orleans. I made the decision to do my newest album absolutely solo - just my voice and my guitar.  I thought it would be the easier approach since I perform solo.  However, it's very challenging for one person to carry an entire album.  There isn't a band to hie behind and we didn't rely on the safety of overdubs.  The albums comes down to how well I can write, sing and play.  I feel very vulnerable on the record but that's what makes me feel a personal connection to this record... beyond they are songs that I wrote.

My prior two records, Soul and In This Skin, were recorded using a full 3-4 piece band.  I flirted with the idea of performing live with a band for a few years until I realized the personal connection I made with the audience when I am solo.  I always felt that if you wanted a great entertaining record, it had to be big and full.  Lots of sounds and layers, that was the only way to entertain a listener that wasn't seeing you on stage.  I learned from live performing that it is the story the lyrics tell and my particular approach to guitar that entertain the listeners that pickup my records.  I saw how important it was for this new album to represent what it is that I do as a performer. As I mentioned, I felt vulnerable having just me on the recording.  I learned A LOT about me, however.  I learned how much dynamic and emotion I could give a song with just one guitar.  I learned how whispering a lyric or boldly projecting a phrase could make or break a song. Over all it was a confidence booster that made me realize just what I could as a performer. 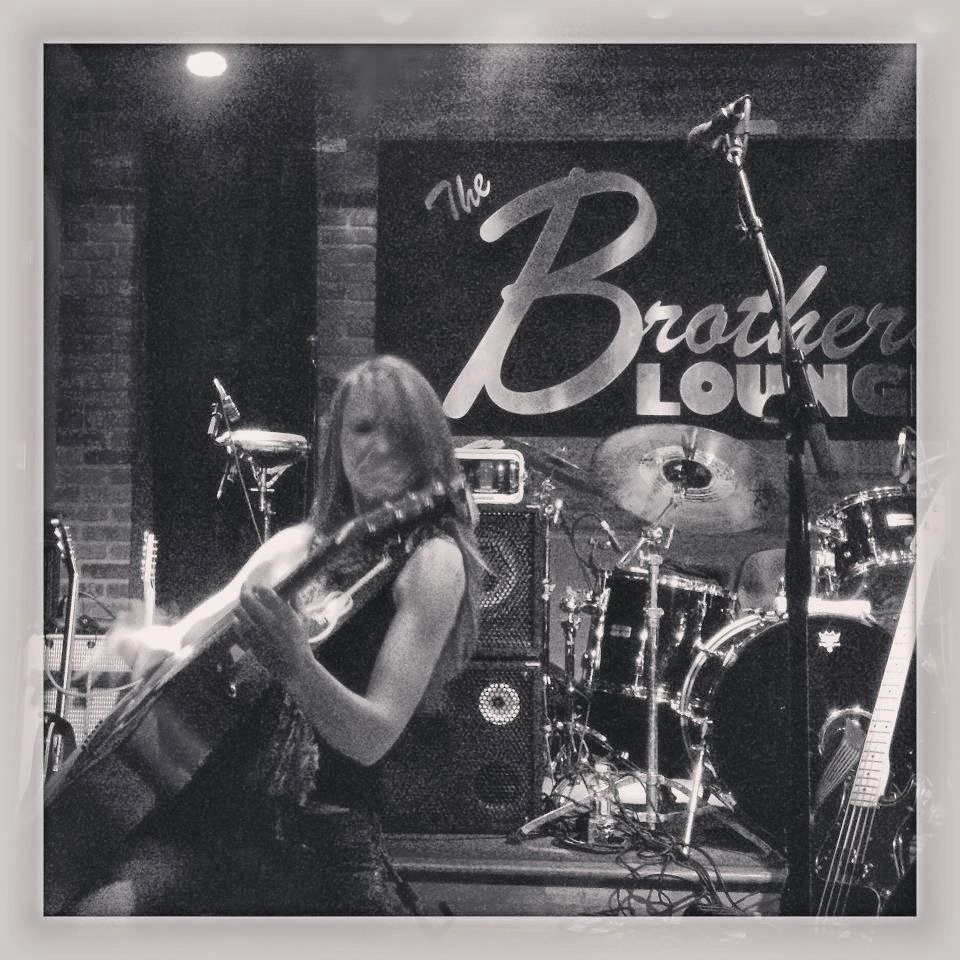 3) Do you have one project you are most proud of as a guitarist?


I am extremely proud of my newest record!  There was a lot of personal success that went into creating the album.  After I had released my last record, "In This Skin," I started receiving feedback that the guitar work wasn't present in the music and that my vocal work need some attention.  The work that went into the new album went further than songwriting and recording.  I began working with a vocal coach to better understand vocal performance, I worked with sound engineers to really grasp the full potential of my instrument, I stripped away any "safety nets" of hiring studio musicians and made myself learn to play what I wanted on the record.  What really makes me proud of this record, however, was that it would not have been made without the support of a very loyal listening base! I did need to raise funds for the record using kickstarter and the involvement from my community and audience was overwhelming.  There is so much symbolism in this new record, it will always be a little piece of history for me.

I am one of those, "either you can play your instrument or you can't", kind of people.  So, my personal set up is very clean.  What I find to be the biggest factor is the particular guitar that I use.  I currently have 3 in my lineup, a Gibson Songwriter, Takamine EF series and a Rain Song.  For me, each guitar has it's own personality and it's up to me as a player to know when to utilize it's personality.  The Gibson is a solid spruce top and solid rosewood back and sides.  It doesn't like to be pounded but give the most beautiful mellow high end that really brings out the finger-style focused tunes.  My Takamine is my work horse.  That guitar will show up to do any job I ask it to do.  I always have that one in the shop because it takes a beating with the crazy tunings and percussive pounding I use.  It's a solid cedar top so it's very warm with just the right twang to keep it from getting muddy.  Finally, I have a carbon Fiber Rain Song.  This guitar was designed to take the beating I give my instruments.  This is the guitar that delivers the bass!  The thump it delivers can mimmic a bass drum and it can reach some ridiculously low tunings.  I run my guitars through a tonebone PZP preamp for some EQ and boost control.  I also use a TC Electronic Flashback delay because it adds effect without altering the acoustic guitar tone. 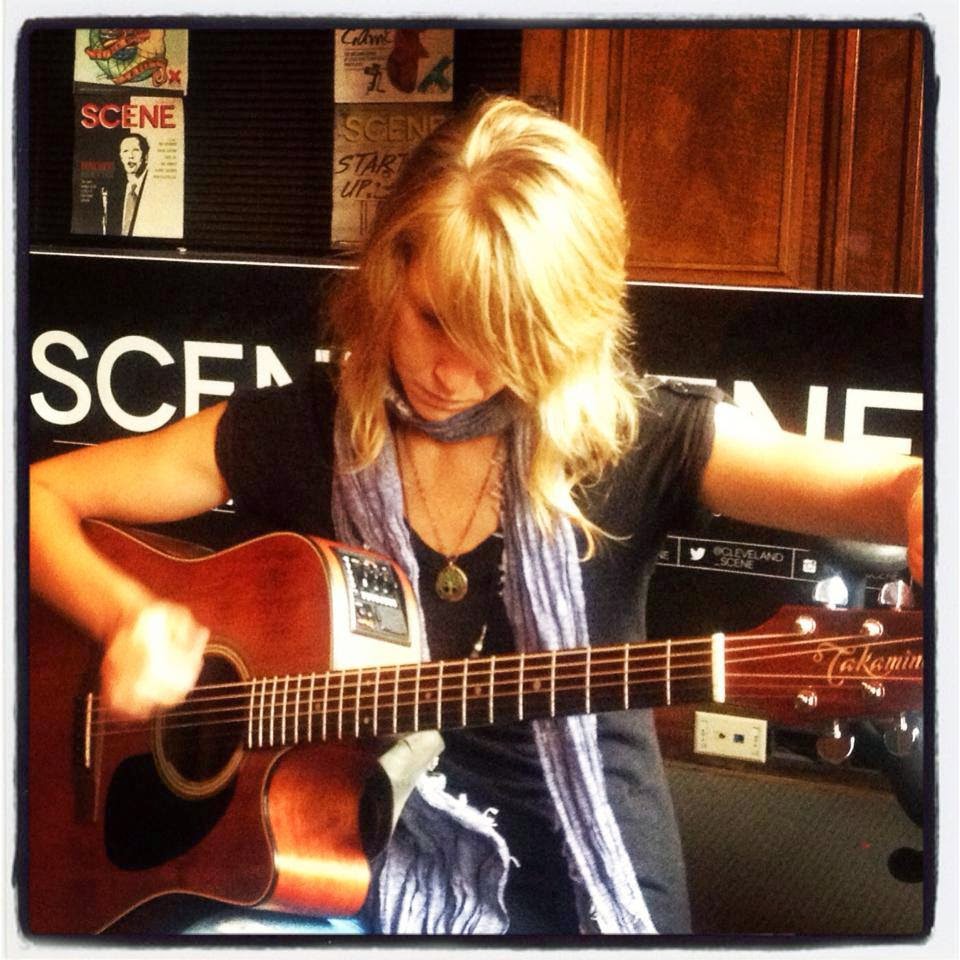 5) Who would you site as early influences, and who are your favorite new players?

My first musical influence was Michael Jackson.  His influence is reflected in my love for a powerful bass line that drives a song.  My first concert experience was hearing Peter, Paul and Mary at an amphitheater in New York State.  That brought me to love folk music.  Ani DiFranco was the game changer.  I never heard anyone approach the guitar in the way that she had.  Her playing style opened me up to my instruments ability.  Her willingness to speak so honestly in her music lead me to incorporate true stories into my songwriting.   A new influence won't count as a "new player" but I have a great admiration for Lindsey Buckingham's solo work.  He has been a credited as a brilliant guitarist for years but hearing what he was capable of when you took Mick Fleetwood and Stevie Nicks out of the equation takes his playing to a new level.

I'm still learning and I think I always will be!  I will say, however, just start doing it.  Don't wait til you think everything is perfect, get out there and start learning from experience.  First time I went on tour, I didn't come back famous, but I learned how to tour better the next time around.  First time I decided to play a solo show, I didn't sell out the venue, but I learned to connect with a listener to start building an audience.  Plan a manageable realistic plan, know what success means to you and just start doing it!  OH! and build solid relationships along the way!

April kicks off a 20 city tour for us (me and manager Jessica Rosenblatt).  That is the largest tour we have had to handle, thus far.  We are venturing into Canada for the first time and we are playing venues and festivals in a few new cities, as well.  Following the end of our summer tour, I'll be relocating to Portland, Oregon.  I'm very interested to know what influence the West Coast will have on my future work.

8) Thanks for talking to us, Diana!

Thank you for taking the time to talk with me!  I'm very excited about the new music and tour.  It's really nice to be able to share that excitement.  And thank you for labeling me a, "Guitar God."