The death of one of the most celebrated flamenco guitarists was announced by the mayor's office in Algeciras, southern Spain, where he was born. 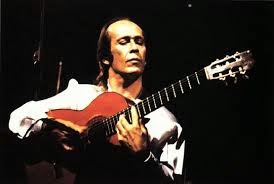 He is said to have died in the Mexican resort of Cancun.

Famous for a series of flamenco albums in the 1970s, he also crossed over into classical and jazz guitar.

He also worked on films by Spanish director Carlos Saura, notably appearing in his 1983 version of Carmen, which won a UK Bafta award for Best Foreign Language Film in 1985.....full story
Posted by Skinny Devil at 08:50