We missed this last year when they 'fessed up. Luckily, we found the story reported on CNN, a variety of "tree-hugger" magazines & web-sites, and this particular version direct from Ultimate Guitar's Industry News section. 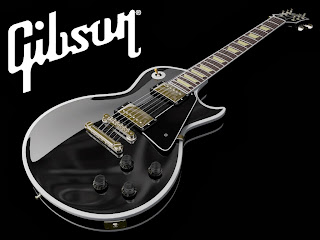 Gibson have admitted to using illegal wood imported from Madagascar in its guitars, and has been fined $350,000.

The company based in Nashville is renown for its designs, but knowingly violated the Lacey Act which requires firms to ensure their timber is legally obtained. Instead, despite knowing that its imports might be illegal, Gibson ordered further timber stocks which would become fretboards for guitars, mandolins and banjos.

The company was raided by federal agents one year ago. At the time, CEO Henry Juszkiewicz insisted their timber came from a certified supplier, and made a claim for more than $300,000 for their losses in stock. The court case has since proven otherwise, and Gibson has withdrawn its claim.

"As a result of this investigation and criminal enforcement agreement, Gibson has acknowledged that it failed to act on information that the Madagascar ebony it was purchasing may have violated laws intended to limit overharvesting and conserve valuable wood species from Madagascar, a country which has been severely impacted by deforestation," said Assistant Attorney General Moreno in response to the settlement.

According to the World Bank, the illegal timber trade is worth $10-15 billion every year, and conservations groups say that too little is done to enforce trade laws which protect the forests affected.

Soooo.....what are YOUR thoughts on this case? Are you still OK buying or owning a Gibson guitar? Were they fined enough (or too much)? What if you discovered a Gibson (or any guitar) YOU own was made from illegal woods?

We look forward to YOUR comments!
Posted by Skinny Devil at 10:32

Email ThisBlogThis!Share to TwitterShare to FacebookShare to Pinterest
Labels: News