Doug Doppler: Remember that name. The man who personally took over Joe Satriani's guitar instruction studio, who performed at the Bill Graham Memorial for 250,000 people, and has graced the stage at G3, has a new band, Doppler, Inc., and a new CD, "Nu Instrumental" (Favored Nations), and is poised to have a major impact on the rock music scene.

Doug - who also works with DiMarzio Pickups and Line-6, and is a visiting instructor at the world-renowned GIT - is a guitarist of profound ability & sensitivity. His new CD, which is reviewed HERE, not only demonstrates Doug's obvious abilities as a guitarist, but as a songwriter with the unique ability to fuse disparate styles into a exciting, polished, and soulful sound. 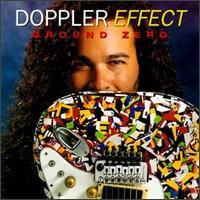 Plans for a tour and live DVD are under way, and you can get more info about Doppler, Inc. at Doug's web-site.

I had a chance to speak to Doug recently - check it out!


1) What are your current projects?

In addition to supporting "Nu Instrumetal" with what is now a very seasoned live band, I am doing a couple of really neat studio projects, both of which will result in some live playing and touring.

First of all, I am working with Journey founding member George Tickner. George is a brillant composer, great guitar player, and he and I have an amazing chemistry together. My best work to date has been done in his studio. There are various members of Journey involved in this project, and it is just such a treat to be working with such incredibly esteemed (and more significantly), talented players. I grew up listening to Journey, so to be invited into the family is a real treat. Check out GeorgeTickner.Com for all the latest goings on at "the Hive".
Also, I am very involved with the Praise and Worship team at Christian City Church in San Francisco. In addition to playing on the Platform every Sunday, I am also co-producing our first disc with my Music Pastor Mike Hardwick. Mike is a great keyboardist and skilled arranger, and this first disc is going to be totally instrumental. The compositions are a combination of originals and instrumental interpretations of vocal songs written by other Christian City Church musicians around the world. The vocal compositions we've selected are incredibly well suited for guitar, and they really lend themselves to soaring, soulful playing. In reworking these compositions, it is a huge help that I can first listen to their CDs, and then read their charts to really understand what they were saying harmonically. Then I simply play straight from the Spirit. The beauty of this music is for me, beyond words. We will tour to support this disc, but there is nothing in the works yet. For those interested, you can keep an eye on my web-site for more information.

Guitar players are infamous for being control freaks. In Doppler, Inc. I have total control, which for that band is totally appropriate as it bears my name. When I am working with George or C3SF, I love being able to play more of an evocative role. I take tremendous pleasure in being able to bring something new to a composition and add my touch to it. In many ways I prefer this as I get to be far more organic than when I am thinking about making "my own" discs.

As funny as it sounds, I am equally proud of the things that I do, but for different reasons. "Nu Instrumetal" was a real triumph for me in the development of my own voice on the instrument. I realized very early on that we had the incredible opportunity of doing something new. That is ALWAYS exciting. With George or C3SF I get a chance to use a different part of my skill set, and that always is totally inspirational. As a guitarist and musician I am growing more now than I ever have. With so many years of experience to build upon, now I can really hear the difference when I listen back to the music I am working on. I am more proud of the growth than myself. I don't like to get caught up in all that guitar player ego stuff. It just takes me away from the true source of my inspiration.

In terms of guitars, I play Ibanez exclusively. I have about 10 S Series guitars, and that includes 5 S7470's, the 7-String model from that line. I am also using the Buzz Feiten Tuning System which is really essential for the music I play. Getting your guitar to play perfectly in tune up and down the neck is vital in the studio. The Buzz Feiten Tuning System solves that problem. Before cutting the tracks for "Nu Instrumetal", I had guitar tech extraordinaire "Feitenize" the two 7-Strings I used on the record, in addition to leveling the frets to the perfect height using a very expensive German machine called Plek. When you are playing a 7-String, or any guitar for that matter, it is really easy to play sharp when you are down by the nut. Without Buzz's system it is impossible to truly get the guitar in tune up and down the neck, and it is most noticeable in the studio. Gary introduced me to Greg Back, the tech who actually did the actual build out of Buzz's invention, and they are a class act all the way around. Greg comes to our shows in L.A., so they really care about the artists, not just making money. 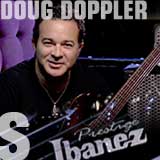 New to my studio arsenal is my M-Audio Black Box. This unit is nothing short of amazing, as it incorporates Roger Linn's Adrenalinn modeling and beat synch technology. This unit sounds incredible, and unlike my POD (which is now gathering lots of dust) it has a built in drum machine and also functions as a latency-free USB audio interface into any of the professional quality recording programs on the market like Pro Tools, Logic, or Live, with which it comes bundled. The effects are all beat synched to either the internal drum machine or Midi time clock on your DAW (digital audio workstation), which makes it tempo intelligent. The tones and effects are unreal. I now take this box with me on all studio dates, and I am using it exclusively when I teach - it replaced my POD, Roland DR660 drum machine, and Digi Design M-Box in one fell swoop.

Live for Doppler, Inc., I first run into a Lehle a/b box which elimintates any of the ground loop hum that can happen when you switch between two amps. For melodies and solos my signal travels to the GT-6 plugged into the front end of a Marshall TSL 100 head. For rhythm I am using and ENGL Savage 120 head, which is just brutal. Both heads power 4x12 cabinets loaded with Celestion Vintage 30s.

Easy, Jimi Hendrix and The Beatles. Brad Delson and Wes Borland have been a huge inspiration to me. Each of them contributes so much to their band. I spent a lot of time listening to both bands before I started working on "Nu Instrumetal", and I learned SO much from each of their approaches.

Sure. Have a great attitude and stay teachable. The day of big-headed guitar players is mostly behind us, and it is up to you to keep it that way. Always stay open to what it best for the song, and not just think as a guitarist. In time you will be rewarded with real musical insight instead of just hearing things from a guitar player's point of view. It took me a long time to get my ego out of the way, but once I did I really began to understand how I could best use my playing in a musical way. That was huge for me.

I will most likely be doing some clinics for the M-Audio Black Box, and I am super excited about that. It is an amazing piece of gear, and the people at the company are the best.
Also, I am done with the first DVD in my Guitar 411 series and we are just in the process of finalizing distribution. In the mean time we are going to be selling them directly, so anyone interested is invited to visit my web-site for ordering information. The first title is called Diatonic Theory and Harmony for Guitar, and is really the essence of my teaching curriculum. It is a totally straight forward method to show guitarists not only how to easily understand theory and harmony, but also how to apply it. From open position chords to mode changing progressions and odd meters, it is all there. 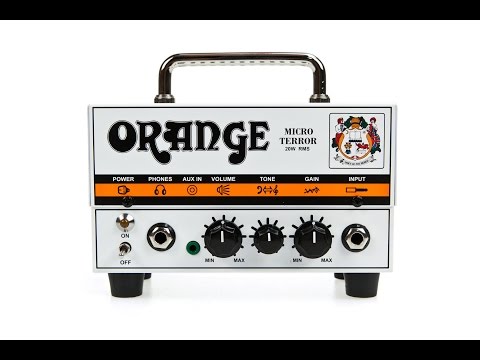 Additionally, there is a Favored Nations tour in the works. It looks like it will happen this fall, but it has not yet been finalized. Again, please visit http://wwwl.DougDoppler.com if you are interested - we have an eList - so thanks in advance!

My pleasure - I can't express how lucky artists like myself are to have the opportunity to reach people via the internet through sites like yours. Much appreciated!