Dave Weiner - ''Shove the Sun Aside'' 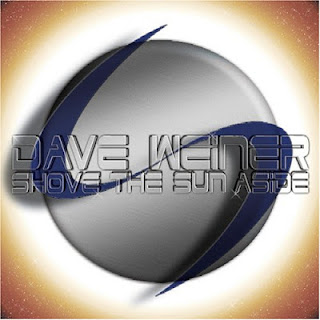 Most people who have heard the name "Dave Weiner" know him as the guy with enough talent and balls to stand on the stage next to Steve Vai in Vai's touring band, The Breed. What they may not know is that Dave, until Favored Nations signed him, is a DIY artist with a new & wondrous CD, "Shove the Sun Aside".

"...Sun..." features bassists Philip Bynoe & Graeme Rappaport and drummers Steve Wilson & Virgil Donati alongside Dave as they romp & cruise & glide through a musical landscape that is intricate, detailed, rockin', and above all, melodious.

Songs like "Andonova", "Monument Shine", & "The Ghost of Denmark" are funky & jazzy, yet adrenaline driven and clearly rock hard, with groove and strong melody as the primary element. Dave's guitar work features crunching rhythms and stunning, lyrical lines that flow together in a rich and picturesque rainbow of sound. Weaving vibrant acoustic guitars and stinging electric guitars (his twin guitar on "Tourmaline" is bright & cinematic) along with driving drums and thumping bass, Dave creates a freaky-cool collection that climaxes with the title track....

...well, almost. The 6 song CD is not really 6 songs (sorry for the spoiler, Dave!). After a few silent hidden trakcs comes the surprise live track called "Dave's Party Piece" that Weiner has performed across the globe during the Vai tour. Great track!

"Shove the Sun Aside" is a masterful debut work that demands attention. Hear soundclips & get gobs of info at Dave's web-site now!
Posted by Skinny Devil at 17:41