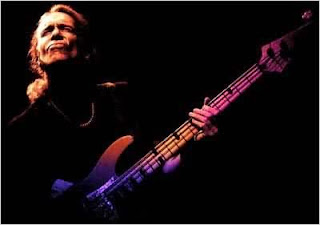 Billy Sheehan is undeniably the most influential rock bass player of the last 25 years and has displayed his amazing chops & musical vision to fans at over 4000 live shows across the entire planet, snatched up nominations (Grammy) and awards (GPM's coveted "Best" & "Gallery of Greats" awards), and played with the industry's most respected musicians.


He began playing bass after hearing Jimi Hendrix and started the New York based band Talas, which became a huge regional act with such barn-burners as "High Speed on Ice", "Shy Boy", and "Sink Your Teeth Into That!". Billy exploded on the international underground rock scene - and was suddenly known by all serious musicians - with the release of their live album (which featured an incredible bass solo with Billy utilizing distortion, feedback, and a wild array of technique). 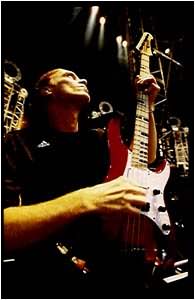 After 2 albums and 2 world tours, Billy jumped ship and hooked up with guitar god Paul Gilbert (Racer-X) to form the band Mr. Big. Mr. Big, of course, had several hits including the 1991 pair "To Be With You" and "Just Take My Heart" (the former going to #1 on the Billboard charts and grabbing a Grammy nomination for Sheehan & the boys).

Since the mid-90s, Billy has branched out, performing on countless recordings by other brilliant musicians (Ritchie Kotzen, Tony MacAlpine, etc.), forming the radical band NIACIN (with Dennis Cambers and John Novello), touring with Steve Vai, producing a collaborative project with drummer Terry Bozzio ("Nine Short Films"), and releasing his first-ever solo work, "Compression", which features Billy writing all songs and playing not only bass, but guitars & percussion and handling all vocal duties as well.

Along the way, Billy has collected innumerable awards - including the coveted "Best Bassist" reader's poll award from Guitar Player Magazine (and was inducted into that magazine's "Gallery of Greats" - alongside Jimi Hendrix, Eddie Van Halen, Paco de Lucia, and others - after being awarded the best bassist award 5 years in a row!) - and in 1999 his hand-prints & signature were included on the Hollywood Rockwalk at Guitar Center. 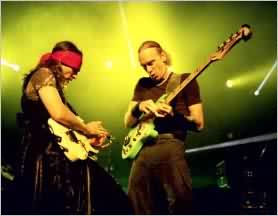 Billy has just returned from the G3 tour playing bass with Steve Vai's band (with his buddy Tony MacAlpine on keys & guitar) and is hard at work on the next NIACIN project. You can keep up with the lastest developments in Billy's world - plus check out audio clips, order merchandise, gather additional info, and the like - at Billy's web-site BillySheehan.com.

I got to speak to Billy days before he hit the road with G3 - check it out!

Every day's a new day! I'm still learning and trying to grow as a player, so everything is new at each approach. I used to concentrate on one band, but now I play in a lot of different situations.

3) Do you have one project that you are most proud of as a bassist?

Mr. Big was actually pretty awesome overall. I'm very proud of all of that. The new Niacin stuff is quite a challenge. Playing with Dennis has helped me as a player SO MUCH! I'm proud of all our Niacin CD's & shows.

There are too many to list! Too busy to listen right now. I'll get to it. 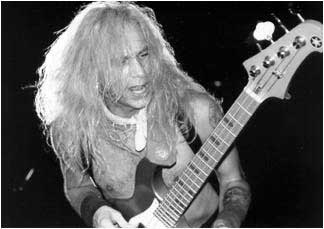 Play live! Start! Don't wait till you're "good enough" to start performing--go!! Now!! Start playing! C'mon---I mean it! Get to it!

Play everywhere I can for as long as I can. Learn more on bass. Learn more about life. Answer more email (hahaha!!!).

8) Thanx for talking to us, Billy!